Memorial donations are suggested to Clay County Cancer Crusaders and these will be accepted through the funeral home. 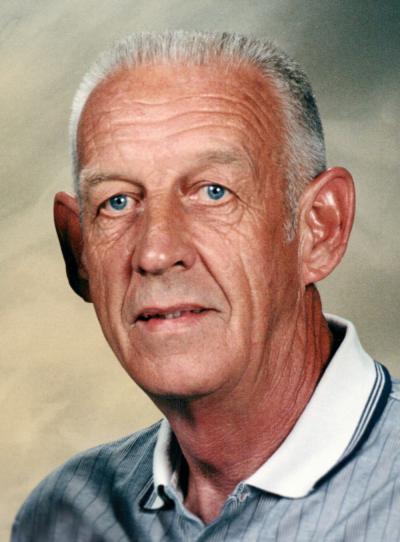 Memorial Visitation:  2 until 3 p.m. Thursday at the funeral home

He was born March 25, 1942, in Clay County, the son of Carlin William and Gladys Pearl (Stanford) Ferguson.  On March 23, 1963, he was united in marriage to Anna Miner in Randolph County, and together they have celebrated 58 wedding anniversaries.

A memorial ceremony honoring the life of Tom Ferguson will begin at 3 p.m. Thursday, April 29, 2021, at Frank & Bright Funeral Home in Flora.  Interment will follow at Elmwood Cemetery with military funeral honors presented.  A memorial visitation will be held from 2 until 3 p.m. Thursday at the funeral home.  Memorial donations are suggested to Clay County Cancer Crusaders and these will be accepted through the funeral home.  To share a memory or condolence, visit: www.frankandbright.com

We are so sorry for your loss. He will be missed by family and friends.

Dear Anna, Tom, Tony, Chris and Sarah, We are so sorry to hear that Tom has passed away. Though it's been many years, we will always remember him fondly. He was a wonderful man and a loyal friend/cousin to my Dad and our family. Our thoughts and prayers are with you all during this difficult time.

Ann and family, we are sorry to hear of your loss. You are in our thoughts during this difficult time.

So sorry to hear of Tom's passing. However I am sure Dad, Don Hall, was waiting at the gate golf clubs in hand. They will be swapping stories for all eternity and each will be taller than the one before.

Ann and family, so sorry for your loss. I know Tom will be deeply missed. My sympathy, thoughts, and prayers are with you.

Tom was a true gentleman. Our condolences and prayers go out to his family.

Sarah, Tom, Tony, Chris and families, you are in my thoughts and prayers at this time. I remember your Dad/brother with fondness. Sarah your home was my second family and remember all your family with great love and appreciation for letting me be part. Know Tom will find peace and joy celebrating in heaven with all and waiting for that great reunion of all God's family.

He fought a good fight So sorry for family I love and will miss you dear cousin. Tell we meet again.

We're so sad to hear of Tom's passing, he was a good man, he will be missed. Our thoughts and prayers are with you.

Sorry for your loss, Sarah & family

So sorry to hear Ann! Thinking of you and Prayers for you and your family!

Praying for you all!

Sorry for your loss. Tom will be missed. We met when we were 10 years old. I always considered Tom a great friend!

The loss of a good friend is never easy but the loss to Tom's family is a loss that is hard to handle. May God bless and keep each of you. I am having a procedure at Good Sam thursday. I will miss the services,but will be thinking of Tom and all the family. I am very very sorry for your loss.

We're so very sorry for your loss. Our prayers are with you.

Our deepest sympathy . Sending prayers.hugs and love at this difficult time. May you find comfort in knowing that others also share in your sorrow. May God be with you giving you strength as you adjust to life without your loved one.

So sorry for your loss. Prayers and hugs for you and your family.