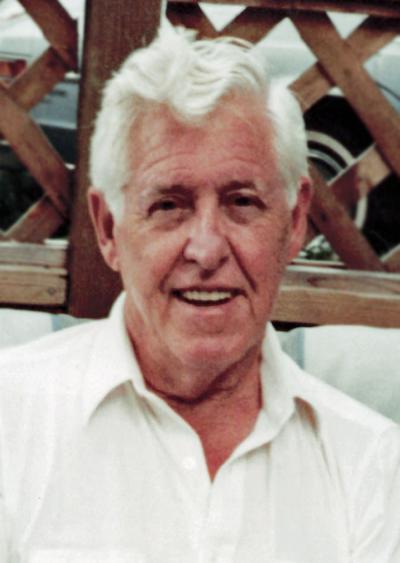 Visitation: 1-2 p.m. on Saturday at the funeral home

Jim served in the Army during WWII where he was stationed in the Philippines and Japan.  In Jim’s younger years he worked for the Atomic Energy Commission in Los Alamos, NM.  He later resigned this position upon his father’s death and returned to Clay County.  During his lifetime Jim had several successful occupations.  His last employment was as a truck driver with the Clark Wood Construction Company until his retirement.  He had attended First Christian Church in Flora in the past and was a member of the Flora VFW Post 3999, American Legion Post 14, and the Flora Eagles Club 2494.

He was preceded in death by his parents; a daughter: Cheri Wolfe; and 5 siblings: Margaret Davis, Ishmael Davis, Frieda Wolfe, Paul Ross, and Bernice Wood.

A funeral service will be held 2 p.m. Saturday, February 15, 2020, at Frank & Bright Funeral Home in Flora.  Interment will follow in Clay City Cemetery with the presentation of military funeral honors.  Visitation will be 1 p.m. until time of service on Saturday at the funeral home.  To share a memory or condolence visit: www.frankandbright.com.

So sorry for your loss Shirley. Love Susie

May God surround you with His love at this difficult time. Thinking of you, Shirley. ❤️

David Our prayers are with you for the losses you and your family have experienced. God bless you all.

Shirley and family, Our prayers are with you all. May peace consume your spirit and soul. Love to you all.

Dear Grandpa, You will always be remembered as a Man of love, joy, and honor. The smile on your face in this photo is so typical of you. Always smiling! I shall treasure every memory I have of you. Thank you for being such a loving grandpa. Love, Your Grandson, David

I'm so sad that I was unable to attend Uncle Jim's visitation and funeral. I always liked Big Jim. My heart goes out to you kiddo. I'll try to get to Indy this summer to say hello.

SO SORRY FOR YOUR LOSS SHIRLEY. PRAYERS AND HUGS

Shirley and family - You are all in our thoughts and prayers at this sad time. Wishing you love and comfort.

I was sorry to hear of Jim's passing. May you be comforted by knowing that people care.