Memorial donations are suggested to Flora First Christian Church and will be accepted through the funeral home. 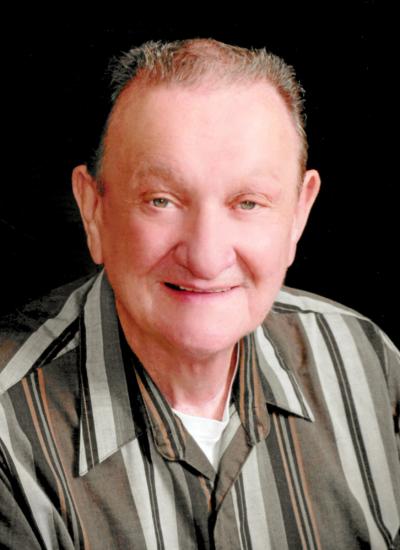 He was born January 15, 1940, in West Salem, the son of Kern and Thelma (Lemke) Doty.  He married Elizabeth Ann Ring on December 22, 1959, at the First United Methodist Church in Olney.

Darryl was a 30-year employee of GTE, working as a switchman in Olney and then Flora.  He enlisted and served 6 years in the U.S. Army beginning at a Nike missile radar installation site in Pennsylvania, and later while stationed in Germany.  He was a member of Flora First Christian Church and the Flora American Legion.  Hunting was a favorite pastime, and Darryl traveled on several hunting trips to places like Colorado and Wyoming.

Darryl was a loving husband to his wife of over 59 years, Elizabeth “Liz” Doty of Flora; a devoted father to his son and daughter-in-law, Tony and Dana Doty of Flora; and was a proud and caring grandfather to his cherished 5 grandchildren, Korbin (age 8), Kyndall and Kathryn (age 3), and Kolton and Karly (age 1).  He is also survived by 2 brothers, Kendall and wife Pat Doty of Carbondale and Maynard Doty of Fairfield; and a sister, Lorraine Johnson of Newton.  He was preceded in death by his parents; and a sister, Rosalie Wolters.

A funeral ceremony will be held at 11 a.m. Friday, August 16, 2019, at Frank & Bright Funeral Home in Flora, with Loren Holloway officiating.  Interment will follow at Elmwood Cemetery with the presentation of military funeral honors.  Visitation will be from 5 until 7 p.m. Thursday evening at the funeral home.  Memorial donations are suggested to Flora First Christian Church and will be accepted through the funeral home.

our thoughts and prayers, sorry for your loss

So very sorry for your loss my thoughts and prayers go out to the Family.

Liz, Tony and Family: We’re saddened to hear this and are sorry for your loss. Please know that y’all are in our thoughts and prayers. RIP Darryl.

I am so sorry for your loss. I will always remember all of us on Valbert Street. Good memories Tony.

Liz and family, so sorry to hear of your loss. Darryl was such a great man. Always friendly and smiling. I always enjoyed seeing the two of you at Grandma's Kitchen. He will be missed by all those that knew him, but he won't be forgotten. Our prayers are with each of you as you go through the difficult days ahead.

So very sorry for your families loss. I knew Mr Doty as I grew up on Valbert Street there in Flora. He was our neighbor. Very sweet man. Thoughts and prayers to you all.

Liz I am so sorry for your loss, you and your family are in my prayers.

So sorry to hear of Darryl's passing. Darryl was such a nice caring man. We would see and talk with him at Grandma's Kitchen quite often. Prayers for Liz and all the family. Blessings

Prayers to Tony and family.

Liz and family, we are so sorry for your loss. Daryl was a very good and kind person. Let us know if you need anything.

Liz and Tony, I am so sorry to hear about Darryl. He will be missed .

So sorry for your loss he and my dad had a lot of great times together .always joking and kidding around with each other

Liz, I attended grade school in West Salem, Il with Darryl and enjoyed visiting with him at reunions..May your faith comfort along with friends and family.

Liz, Tony, Dana, Korbin, and babies, So sorry for your loss. We will miss having breakfast with Darryl at Grandma’s, a ritual we’ve had for 17 years now. Darryl was a wonderful person, he will be missed.

Tony Doty & Family, and Elizabeth Doty, So sorry for your loss, have not seen of you folks lately but missed seeing your Dad & Mon at Grandma's May God help you during this time of loss.

Sorry we could not attend the service. We will miss seeing Daryl at Grandma's Kitchen. We appreciate his support of the American Legion. Deepest condolences are extended.

I am so sorry for your loss. All of you are in my prayers. God Bless!

We are so sorry for your loss. Darryl was a kind hearted person who always put others before himself. It was an honor to spend time with him the last few weeks. He will be missed.

Tony and family, I just now found out about your loss. Our deepest condolences and prayers for the family.