Memorial donations are suggested to First United Methodist Church or Clay County Hospital Auxiliary and will be accepted through the funeral home. 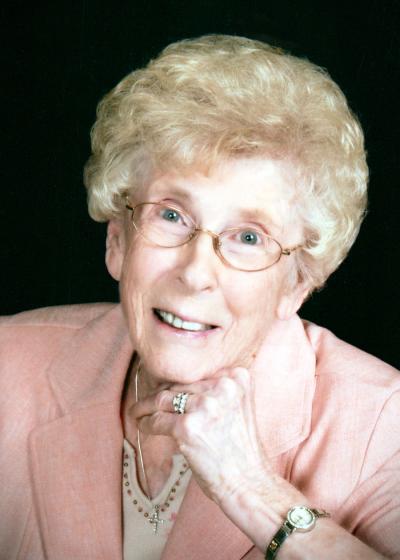 Visitation: 10 a.m. until 12 noon on Saturday at the funeral home

Ferne graduated from HSTHS in Flora in 1945.  She worked as a cashier for J.C. Penny Co. in Flora.  She was a farmer’s wife who helped with all aspects of the farm, driving the tractor, and driving grain trucks to the elevator.  She also kept books for her husband’s garage.  She loved having a garden and canning and freezing the produce.  She enjoyed camping and traveling, visiting all 50 states.  Ferne loved to sew and had made quilts for her daughters, grandchildren, and great-grandchildren.  She was a member of the Flora First United Methodist Church and Clay County Hospital Auxiliary where she served for twelve years as the treasurer.  For many years she had made surgery pillows for the surgery department.

She was preceded in death by her parents; husband; daughter: Janet and husband Ray Rigg, daughter: Judy and husband Paul Winters; and a sister: Velma Davis.

A funeral ceremony will be held at 12 noon on Saturday, August 6, 2022, at Frank & Bright Funeral Home in Flora.  Interment will follow in Cisne Cemetery.  Visitation will be 10 a.m. until 12 noon on Saturday at the funeral home.  Memorial donations are suggested to First United Methodist Church or Clay County Hospital Auxiliary and will be accepted through the funeral home.  To share a condolence or memory, visit: www.frankandbright.com

Thoughts and prayers to family. Very sweet lady . Went to school with Judy. Will be missed. 💕

Ferne was a very special lady. Hard working and a strong Christian. I will miss her so much. She left a legacy of love for her family and friends.

To Jill and Family, Sending my sincere condolences.

Sorry for your loss. Ferne was a Wonderful Person and Neighbor. She will be missed.🙏

A treasured member of our church family. She will be sadly missed

Jodi, Ryan, and family, I am so very sorry for your loss. I can't be at visitation or funeral, but know that I will be thinking about you and praying for all of you. Love you all so very much.

Ferne could take care of a yard like no other. She could put her neighbors, aka me, to shame. A very hard worker and a very strong lady. Thankful she is reaping her rewards and reuniting with her two precious daughters and husband that she loved so much.

Fern was a very special lady. Will so miss taking to her and seeing her.

What a lovely woman! I got to know Fern through the Hospital Auxiliary. She was certainly dedicated . . . a definite role model.

I have wonderful memories of Fern. She was a special lady. My mother Helen Greenwood knew her well for many years. Fern visited my mom and wrote lovely things about her when she was in the nursing home.

So sorry for your loss. She was a nice lady