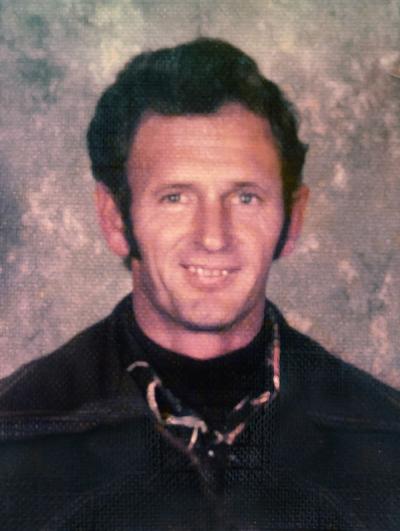 
Celebration of Life Gathering: 1 until 3 p.m. Saturday, October 2, 2021, at the Xenia Community Center

Jerry served in the Army stationed in Germany.  He had worked for  AMF in Olney and worked in construction.  He was a truck driver and a member of the Teamsters Union.  He enjoyed time spent outdoors golfing, hunting, and fishing.  Jerry liked to frequent the coffee shops and you would rarely see him without his cowboy hat.  He enjoyed gardening and took pride in the salsa he made from his garden tomatoes.

He was preceded in death by his parents; wife; a great-grandson: Berklee Pickens; and a sister: Sharon Smith.

Family and friends are invited to a Celebration of Life gathering from 1 until 3 p.m. Saturday, October 2, 2021, at the Xenia Community Center.  Frank & Bright Funeral Home in Flora assisted the family with arrangements.  To share a condolence, visit: www.frankandbright.com

So sorry to hear of this, such a nice guy. My sympathy to his entire family and his many, many friends in Xenia.

So sorry for the family and friends of Jerry.

Joe and Linda, We’re sorry for your loss. Prayers for the family.

Please accept my love and condolences for the loss of Jerry. You are all in our thoughts and prayers.

Sorry to hear this! Jerry was a great guy. Hugs n prayers to everyone.

So sorry for the loss of Jerry.

So sorry for the loss of Jerry.

Jim and Joe, I'm very sorry for the loss of brother Jerry, many memories, from my youth, with the Jones brothers. May he rest in peace.

Sympathy to all the family RIP 🙏

Don and Kathy, we are sorry you lost your brother-in-law. We have you in our thoughts and prayers. Sending much love ❤.

I am so sorry for your loss. Your Dad was a really nice man. Prayers to you all.

Jim,Jack, Joe and Linda Sorry to hear of the loss of brother Jerry. He was a great guy. Prayers and condolences to families——again, sorry for your loss!!

Staff and residents of Flora Rehabilitation and Health Care Center