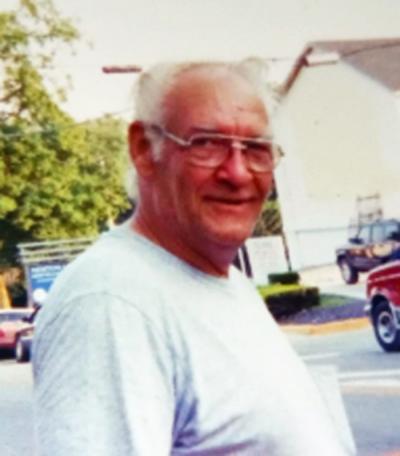 Visitation: 2 p.m. until time of service on Monday at the funeral home

He was born June 20, 1948, in Parkin, Arkansas, the son of Robert James and Lucy L. (Hale) Taylor.  He was united in marriage to Theresa Cook on May 1, 1999, in Clay City, and together they have shared 22 wedding anniversaries.

James enjoyed time spent outdoors, often camping and fishing with family and friends.  He enjoyed talking on his CB Radio and spending time with his best pal, his Pug dog Gizmo who he often referred to as “Gizzy.”

He was preceded in death by his father: Robert Taylor; a brother: Ronnie Taylor; and a grandson: Timothy J.C. Young.

A funeral ceremony will be held at 3 p.m. Monday, July 12, 2021, at Frank & Bright Funeral Home in Flora.  Interment will follow in Orchard Hill Cemetery, Louisville.  Visitation will be 2 p.m. until time of service on Monday at the funeral home.  Memorial donations are suggested to the family to assist with final expenses and will be accepted through the funeral home.  To share a memory or condolence visit: www.frankandbright.com

I love you grandpa ❤️ Until we meet again

I love you with all my heart dad. You will never be forgotten. Until we see each other again you will always be in my memories.

I am so sorry for your loss. My thoughts and prayers are with you and your family during this very difficult time.

Si so sorry to hear this. My thoughts and prayers for yhe family.

I will miss you my friend. You taught me alot. May we meet under the big oak tree.

I am so sorry for your loss. James was a kind and good man. He will be remembered by his friends and family in their memories of their good times with him. Rest in Peace our dear friend, until we meet again...

You are the love of my life, my best friend, lover, my soulmate, my everything. You will always be in my heart and live there each day till my passing when you come to take me home with you.

I'm glad I got to meet him!! I promised him I would since I was friends with Theresa... he was so funny even though I know he was not feeling well...he was still warm and welcoming with his Spirit and I'm sure he will be watching over his family at peace!💚

You are the strongest person I have ever met in my life and such a blast to talk to. You put family before all else and taught me how valuable people can be to someone. The greastest gift you could give someone memories you create with them, and you gave me so many. I do love you and even though you aren't here just know that will never change. Until we meet again, Joaney Aka "Jonifer"

You are missed dearly! I love you gpa rest easy. ❤

You have been a great friend for many years. I'll miss talking to you on the C.B. Fly high my friend. I'll see you one day again.