Memorial donations are suggested to the local chapter of the Disabled American Veterans (DAV) or Shriner’s Hospital for Children and will be accepted through the funeral home. 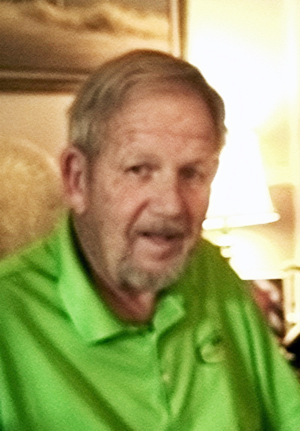 He was born July 10, 1940, in Flora, Illinois, the son of Oliver Dewy Mock and Natalie Nova (Reese) Cook.  He was united in marriage to Sandra K. Biehl on July 10, 2000, at the Town Theater in Flora, and together they have shared 20 wedding anniversaries.

After high school, Tony enlisted in the U.S. Navy.  He traveled the world during his military career and served during notable events like the Cuban Missile Crisis and the Vietnam War.  He retired from the Navy with the rank of Chief Yeoman.  During life after the service, he worked for Bill Woods and was an entrepreneur in endeavors like the Town Theater and Sunset Terrace boarding home.  He enjoyed opportunities to buy, sell, and trade unique finds, and was an enthusiast of boats, cars, and airplanes.  Tony was a Mason and Shriner.  He enjoyed cooking and was credited with several published recipes.  A rousing story and joke teller with a youthful heart, Tony will be remembered as a proud American, and for his affection as a loving husband, father, and grandfather.

He was preceded in death by his parents: O.D. Mock and Joseph and Natalie Cook; an infant brother; 4 grandchildren; and 1 great-grandchild.

A graveside ceremony will be held at 2 p.m. Friday, May 14, 2021, at Elmwood Cemetery with the presentation of military funeral honors.  Those who wish to attend are asked to arrive directly at the cemetery.  Arrangements are in the care of Frank & Bright Funeral Home in Flora.  Memorial donations are suggested to the local chapter of the Disabled American Veterans (DAV) or Shriner’s Hospital for Children and will be accepted through the funeral home.  To share a memory or condolence visit: www.frankandbright.com

I'm so sorry Sandy I. So glad I got to meet Tony you will be missed

Sending our thoughts and prayers.

Sandy & family I am so sorry for your loss. When Castaways was open I really enjoy when Tony & Sandy would come in to shop and visit. Keeping your family in my prayers.

So sorry to hear of Tony's passing. He was my cousin by marriage. We always called him Butch. Had a lot of fun times with him on the farm at Grandpa and Grandma Cook's. Prayers of comfort for all the family and friends.

So sorry to hear about Tony God Bless

So sorry for your loss, prayers for you and the family

So Sorry Sandy for your loss. prayers and Hugs

I will always have fond memories growing up around Butch and our family get togethers. 🙏

TONY???( sandy?)I loved you very very much and I'm so so sorry I wasn't there. For you