Memorial donations are suggested to Clay City First Christian Church or Clay County Hospice and will be accepted through the funeral home. 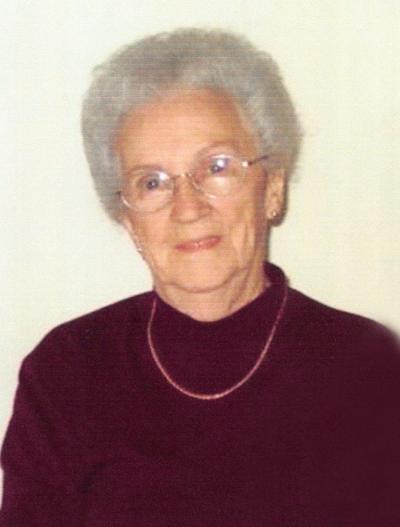 Alice was a 1935 graduate of Clay City High School.  After High School she went on to own and operate Alice’s Beauty Shop in Clay City for many years.  Her children were the most important part of her life and she cherished time spent with them.  After they were grown, she worked as a monitor technician at Richland Memorial Hospital.  She enjoyed working puzzles and crocheting and was known for her delicious pies.  Alice was a member of the Rebekahs Lodge and had been a past Noble Grand.  She was honored on the year she turned 100 to be the Grand Marshall in the Clay City Fall Festival Parade. Alice was also a member of the Clay City Christian Church.

She was preceded in death by her parents; husbands, 2 daughters: Shirley Garrett and Marilyn White; a son: Harold Carter; and siblings: Thelma Glover, Nora Hunley, Charles Wilson, and Richard Wilson.

A funeral ceremony will be held at 1 p.m. Friday, March 19, 2021, at Frank & Bright Funeral Home in Flora with Nate Whisler officiating.  Interment will follow in Clay City Cemetery.  Visitation will be 11 a.m. until 1 p.m. on Friday at the funeral home.  Memorial donations are suggested to Clay City First Christian Church or Clay County Hospice and will be accepted through the funeral home.  To share a memory or condolence visit: www.frankandbright.com

My heart and prayers go out to all the family. Alice was a very kind and loving person. May God comfort you at this time.

Sending prayers for peace and comfort to the family. God bless you.

This was truly one of the sweetest ladies I ever met. Her smile is brightening Heaven I am sure.

I know I am only a step daughter in law and I have not see you for awhile but I still loved you so you will be missed and to the rest of the family god bless.

May God bless you and give you hugs. Alice will be missed. She was a wonderful blessing to all who knew her. Dennis and Sue Hampsten

We were so very sorry to hear about Aunt Alice. She helped raise me and siblings when our parents were gone. We have many fond memories of Aunt Alice. We send our prayers and sympathy to Lewie, Margie, Steve and Bobby and families.

Aunt Alice was one of the sweetest people I have ever known. She was always there when needed. I send my condolence to all the family for their loss.