For those who would like to make a memorial in Cheryl’s memory, the family suggests a charity of your choice, and these will be accepted through the funeral home. 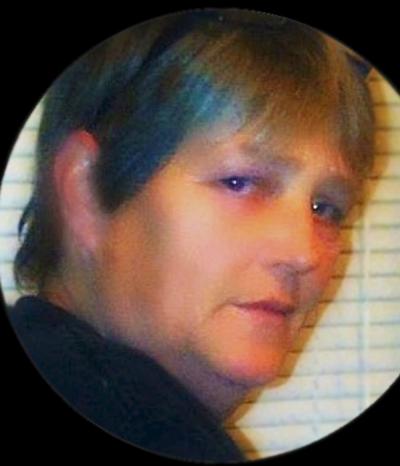 
In honoring Cheryl’s wishes, a private family gathering was held.

She was born July 21, 1959, in Chicago, the daughter of Frank Wascher Sr. and Barbara (Reamer) Wascher.  Cheryl married William Degner in 1979 in Wheaton.

One way to describe Cheryl would be as a motivated “general entrepreneur” after she started and operated a number of businesses.  She had been a co-owner and managing broker in American Dreams Real Estate since its launch in 2006, and along with her interest in real estate she opened restaurants and a Vape Shack.  She had been a past team member at N.A.L. and district manager for Speedway.  Holding a special place in her heart for children, she helped many families over the years, along with supporting schools and sporting programs, and was later one of the founders of Our Kids Clay County.  Everyone knew she was an ultimate Chicago Bears fan.  Cooking was really her favorite interest, and she enjoyed watching Food Network and trying all kinds of recipes.  Memories of times spent with family and friends coming together to share a meal was just another one of the ways she confirmed how much she really cared about others.  Her love and strength will never be forgotten.

Cheryl is survived by her husband: Bill Degner of Louisville; a son: Anthony (Heather) Degner of Palestine;  2 grandsons: Trenton Degner and Justin Degner; 2 sisters: Donna Mason of Flora and Roberta (Elisabeth) Wascher of Alabama; a brother: Frank (Sherry) Wascher Jr. of Joliet; and a number of nieces and nephews.  She was preceded in death by her parents; a grandson: Gavin Degner; and a sister: Debi Clark.

In honoring Cheryl’s wishes, a private family gathering was held.  Arrangements are in the care of Frank & Bright Funeral Home in Flora.  For those who would like to make a memorial in Cheryl’s memory, the family suggests a charity of your choice, and these will be accepted through the funeral home.  To share a condolence or memory, visit: www.frankandbright.com

I remember the smile in her face, the day i met her. May her soul rest in peace and may her family find comfort from this difficult loss.

I wasn’t ready to say Goodbye! Love you more!

I am going to miss you so much! I love you and fly high until we meet again

Donna and family I am so sorry. She fought a good fight for a long time. You are all in my prayers.

Sorry for your loss Cheryl was a sweet lady. Prayers for the family.

My heart breaks for you all, Cheryl was an awesome person. She would help anyone. May God comfort each of you!!

Cheryl, I will always be known as Lizerace’ because of you. I love you so much. Heaven has gained such a wonderful Angel. I can see you up there teaching them all how to cook for the big guy. Love you always.

So very sorry for your loss Mandy and all the family. Prayers being sent to all of you! Big hugs coming your way

Roberta, Elisabeth and Family: Im so sorry for your loss. Prayers for God’s comfort and strength for you at this sad time.

Our heart felt sympathy goes out to all the family, she will be missed by So many

Donna and family. My heartfelt condolences!!

I am so sorry to hear of the loss of your sister. She was a very good woman that said what she thought, just like all you girls. Praying for your families.

What a special lady she was. She would come in Wal-Mart with Donna and we got to talking about my daughter with cancer, she gave me hope, I so enjoyed when her an Donna would come in we would always talk. Heaven gained an angel. 🙏

Such a kind person the world will miss her

I am so so sorry to hear of this . Hugs to you Donna and prayers for your whole family.

We will miss your energy and your concern for others.

Fly high lady..you always treated me with a big smile and a hug. You will be missed.

There are no words to describe how Cheryl touched everyone that has ever met her...for me it was an undeniable sense of love that she gave my father and his family as well. She was definitely a hurricane with a touch of rainbow...I will never forget and will always have a special place in my heart for her and the rest of her amazing family. RIP Cheryl...love you more