Memorial donations are suggested to the family to assist with final expenses and these will be accepted through the funeral home. 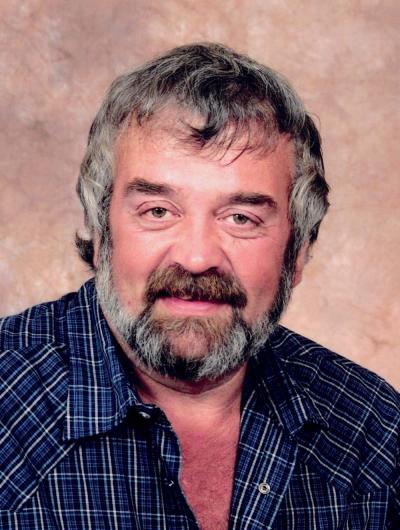 He was born November 23, 1960, in Champaign, Illinois, the son of Clifford “Cliff” Ray and Bertha (Reynolds) Eckelberry.  He was united in marriage to Barbara Blair on November 9, 2007, in Effingham, and together they have shared 12 years of marriage.

Gene worked for the Louisville Sunoco Service Station, Fedders, and later for Merz Vault Company in Salem.  He enjoyed attending demo derbies and car shows with his boys.  Gene loved being outdoors and treasured his memories of time spent fishing with his family, especially his father.  He enjoyed family get togethers and spending time with his grandkids and great grandkids.

He was preceded in death by his parents: Cliff Eckelberry and Bertha Davis; and many uncles, aunts, and cousins.

A funeral service will be 1 p.m. Monday, January 27, 2020, at Frank & Bright Funeral Home in Flora.  Burial will follow in Bunker Cemetery, Rinard.  Visitation will be 11 a.m. until time of service on Monday at the funeral home.  Memorial donations are suggested to the family to assist with final expenses and these will be accepted through the funeral home.

So Sorry for your lost.

Sorry for your loss. You will be in my prayers.

My love and prayers are with all the family. I’m happy to have had the recent opportunity to see Gene after many years. I have many fond memories of my step brother cracking jokes and being silly. Sadly we did not keep in touch as adults. Love of family knows no distance 💙

So sorry for the loss was one heck of a man

So sorry for your loss! The family is in our thoughts and prayers!

Sorry for your loss. We will pray For your family

Brett and Ray we are sorry for your loss! Prayers for the family

I miss you so much Dad 😢 I love you. Gane ilove sop dad

I am so sorry to hear of your loss. Prayers are with all.

So very sorry for the loss of a cousin, sending many prayers and hugs to the family, God Bless.

I WILL MISS HIM HE WAS A KIND AND AND GENTLE MAN. I THOUGHT A LOT OF. .

My thoughts and prayers are with family and friends, Gene was a great guy, I have known his dad and family all.my life. RIP brother.

Alot of good memories of back in the day...RIP Gene

Condolences to Gene's entire family. May cherished memories hold you in comfort during this time of loss. God Speed to you Gene.

My cousin,,my freind,,my,,bro,! ONE of the very best I've ever knew! YOU will always be in my heart,,! God needed another GOOD,MAN !! Amen.

Praying for the family

Love, Hugs& Prayers to you all.

Annie-My prayers are with you and your family as you go through this difficult time. My memory of Gene goes back to when we were kids and Annie had a hamster. Annie loved that little hamster. Gene did not. Much love cousin. Rest In Peace

Annie I am so sorry for your loss. You’re in my thoughts and prayers.❤️

I'm sorry for your loss Love you all.