In lieu of flowers, please consider memorial donations to honor the memory of Jeff to either: St. Jude Children’s Research Hospital, the Melanoma Research Foundation, or any animal rescue organization of the donor’s choice. These will be accepted through the funeral home. 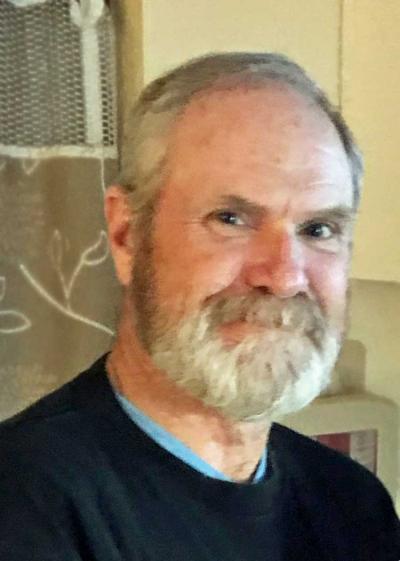 He was born April 6, 1954, in Monticello, Illinois, the son of Edwin “Ed” Arkel Vail and Phyllis Mae (Eckelberry) Vail.

Jeff was a 1973 graduate of Unity High School in Tolono.  He was a longtime auto body repair technician, first owning and operating his own business in Villa Grove. He also served as a volunteer on the Villa Grove Fire department for a short time. He then transitioned to the University of Illinois working in the O&M garage until his retirement.  He spent countless hours restoring antique cars in his spare time and was a running enthusiast who had trained for and completed a marathon and several half-marathons in recent years, most recently finishing a 15k run just two months ago.  Jeff loved to travel, especially to Gulf Shores, Alabama where he spent his winters.  He enjoyed toy car collecting and often visited auctions.  Jeff is going to be remembered for his free-spirited outlook on life and how he treasured the years after his grandchildren came along—and how very proud he was of all of them.

He was preceded in death by his father: Ed Vail; brother-in-law: Barry White; nephew: James Robert Hallett; and his beloved dog: Molly.

A ceremony celebrating the life of Jeff Vail will be held at 11 a.m. Saturday, November 30, 2019, at Frank & Bright Funeral Home in Flora.  Burial will follow in Bunker Cemetery.  A visitation will be from 9 a.m. until time of service at the funeral home.  In lieu of flowers, please consider memorial donations to honor the memory of Jeff to either: St. Jude Children’s Research Hospital, the Melanoma Research Foundation, or any animal rescue organization of the donor’s choice. These will be accepted through the funeral home.

Gonna miss him, was a good guy, heaven will be a better place,

Sorry for our loss, which is Heaven's gain. Love, Hugs ,& Prayers

So very sorry for your loss. Prayer for your family.

Sorry for your families loss I worked with jeff he was a good guy and friend I enjoyed listening to him tell stories of his kids and grandchildren he truly loved them you could see it and hear it in his voice by the look in his eyes while he told his stories . I'm glad are paths crossed you made work fun . R.I.P

rest in peace cousin! you will be missed.

So sorry for your loss. Jeff helped Allen decide to do surgery for his cancer. His words meant a lot to him.

Great guy. Great memories Jeff will be missed by many. He is in the arms of the Lord. Hugs love and prayers to family

Our thoughts and prayers are with all of you in this difficult time.

So very sorry for your loss. Sending prayers for your family.

So very sorry to the Vail family and to . Prayers sent to everyone at this time ...he will be miss dearly.Rip uncle Jeff .love Patricia Santos and family..

So sorry for your loss! Jeff was a great guy, it was an honor to be his friend! Our loss is heavens gain! God bless you all!

We are so very sorry for all of you. Your dad was a wonderful man who adored all three of you kids and all of his grandchildren. He was very proud of all of you. We will miss him greatly and know that you will also. He has left all of us with many wonderful memories that we can chose from when we think of him. Know that he is back with his Dad and in the arms of the lord. We are here for all of you if we can help in any way. We love all of you! Uncle Dennis and Aunt Carla

Condolences to all of the family. Phyllis, we are so very sorry. We worked together at a local nursing home several years ago and I am keeping you in my thoughts and prayers.

Sorry for your loss. Jeff was a kind , patient , amazing person that will be missed. He was always pushing me to strive for bigger and better things and I'm so glad I was able to meet him.

Dearest Autumn, Josh and Zack, Deepest sympathy for the loss of your father. Many prayers for you all and your families during this time of great sorrow.

Dennis, we are so sorry that you lost your brother. I am sure he was a wonderful man. Please let your mother know we are sending prayers to her at this time.

We were neighbors of Jeff and my how we miss him. From the time we met him we knew we were blessed to have him as a neighbor which turned into a friendship. Jeff was the best and wow how talented. He loved his family. We keep thinking we will see him come home. Miss you Jeff.

Love you bunches,,Jeff . You will AN have always been a Great AN Special person In my life . never,ever forget ARE friendship, thank you,,Uncle !

Rhesa, so sorry to learn of your brothers passing. I communicated with him on face book & met his once at Charley Brown Park. He was a fine young man who loved his kids & grandkids. Please accept my sympathy and pass it along to Phyllis. The last time I heard from Jeff was when my sister passed about about three months ago. So soon they leave us.

I worked with Jeff at the U of I Campus Garage for many years as I was in the Parts Department and he in the Body Shop.I appreciated Jeff’s politeness and friendship through the years and I hope and pray God will bless and comfort you with all the happy good memories of and with Jeff!

I was just thinking about Jeff and was checking on how he was doing, I've been praying daily for him...so I looked him up on Facebook to see him a message, to find that he had passed...I worked with him at the U of I South Garage for many years...I spent a lot of my breaks with him talking and joking around, he was so light hearted...i will miss him but can't wait to see him again in heaven...i know he was a believer in Christ Jesus...sorry for your loss , he left a wonderful legacy behind that won't ever be forgotten...