Memorial donations are suggested to St. Jude Children’s Research Hospital and will be accepted through the funeral home. 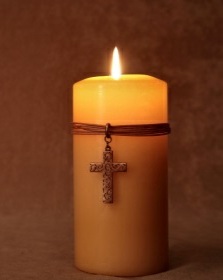 He was born September 20, 1955, in Effingham, the son of Leland Eugene “Gene” and Mariola Jean (Barnett) Cameron.  He was united in marriage to Debra Kay Lindsey on March 9, 1973, at the Louisville Methodist Church and together they have shared 49 wedding anniversaries.

Steve enjoyed time spent outdoors fishing, hunting, boating, and gardening.  He worked cutting timber as an independent logger.  He was skilled at woodworking and over the years had made numerous crosses for area churches.  Steve was a member of the Amateur Trapshooting Association (ATA) and was the Illinois State Champion in 2003, going on to place 6th in the World Trapshooting Competition later that year.  He was of the Christian faith and had attended several area churches.  He greatly enjoyed his time spent traveling and visiting with the many people he and Debbie met along the way.

He is survived by his wife: Debbie Cameron of Hord; a son: Jason (Christine) Cameron of Talladega, Alabama; sister-in-law: Evelyn (Arnie) Lewison of Kimball, Nebraska; brothers-in-law: Donald (Gail) Lindsey of Flora and Harold Dean Lindsey of Noble; a cousin: Kathryn (Nevel Marvin) Jones of Louisville; several nieces and nephews; and his faithful companion, his cat Teagger.

He was preceded in death by his parents; and 2 brothers: Lawrence “Larry” Dean Cameron and Robert “Bob” Wayne Cameron.

There will be no services.  Arrangements are by Frank & Bright Funeral Home in Flora.  Memorial donations are suggested to St. Jude Children’s Research Hospital and will be accepted through the funeral home.  To share a memory or condolence visit, www.frankandbright.com

a great man, that had a big impact on my life when i was a child. he was a great friend to my dad. now Steve and dad are back together hunting and fishing. Steve you will be missed greatly. Debbie and Jason - i am so sorry for your loss

So sorry for your loss...sending prayers and hugs

Thoughts and prayers! So sorry for your loss!

We are so sorry for your loss, I will miss talking with him about gardening. Prayers for you and your family .

We are so sorry for your loss. Thinking of you.

Lots of love to you Deb!

Wow! Debi, I'm sorry to learn of this! Gosh darn it! I remember Steve working with my dad at the saw mill in Hord. I remember you guys coming out to the house, n me watching over your son Jason. Then yrs later, I got to wrk with you at the hospital when "we" were emt's. And will never believe this... I'm now engaged to Marvin Haywood Jr, who Steve helped him fix up his shotgun and win a few ata trap shoots there in Bible Grove!!! Marvin greatly respected and admired him for his abilities and his help. Plus he even came out to your house with his son when his son was about 10yrs old, n shot "birds". Marvin remembers the homemade stock on Steve's shotgun....IT'S a small world after all. We share in your grief n loss. A great loss indeed. Hugs n prayers sent your way.💐

Debbie, I am so very saddened to hear of Steve's passing. My heart is breaking for you. I really love you both and I will treasure the stories and the laughter throughout these past several years. I will keep you in my heart and prayers.

thinking of you in this time of loss be strong

Evelyn and Family: I’m sorry for the loss of your brother. He sounded like an active man who enjoyed life. Please know that you’re in my thoughts and prayers during this difficult time.

Debbie, I am so sorry for your loss. You and your family are in my prayers!

Sorry for your lost. Steve was a good man.

Debbie and Jason, This one hits hard. Mom called to tell me and I was speechless, and then we cried together. Steve was alway invincible in my eyes. He was a bonus father in my life, my entire life. I'll never forget the day I became his "long lost daughter", so many memories. Although, mom does wish I hadn't picked up some of his driving habits lol, aka driving with my knee. My heart breaks with you, love you both.

So sorry for your loss. Praying for your peace in the future.

I'm so sorry to hear this. My condolences to Aunt Deb, and Jason.

Debbie, Joe and I are so sorry for your loss. You and your family are in our prayers.

Tony and Dana Doty and family