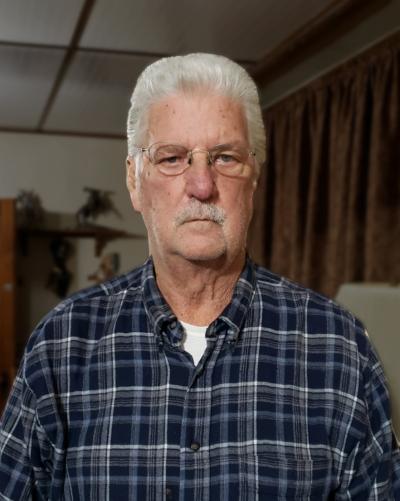 Visitation: 6 until 8 p.m. on Saturday evening at the funeral home

Robert “Bob” Andrew Stuart, age 75, of Xenia, Illinois, passed away Tuesday night, January 5, 2021, at Flora Gardens Care Center with his daughter by his side.

Bob owned his own businesses throughout the years until his retirement.  He loved spending time sitting on the front porch watching the cars go by, walking his dog, watching old westerns, and spending time with his family.

He was preceded in death by his parents; wife: Donna Gean Stuart; and a sister: Mary Williams; and a brother-in-law: Tim Oliver.

A funeral ceremony will be held at 1 p.m. Sunday, January 10, 2021, at Frank & Bright Funeral Home in Flora.  Interment will follow in Odd Fellows Cemetery, Xenia.  Visitation will be 6 until 8 p.m. on Saturday evening at the funeral home.  Memorial donations are suggested to the family to assist with final expenses and will be accepted through the funeral home.  To share a memory or condolence visit: www.frankandbright.com

Yesterday my oldest friend, Bob Stuart, departed his earthly home for life ever after; his life’s work here done. Although my time with him was limited, his impact on my life was profound. He was a big man, with big dreams and an even bigger heart. He will be missed dearly by everyone he touched. My sincerest sympathy and deepest condolence to his family, my heart is with you...

Bob, you will never be forgotten !! Love you

Bob was a great brother. Being born as twins we built a lifetime of wonderful memories. I was always introduced as his “older” sister since I was born 23 mins earlier. Bob loved cars, boats, motorcycles basically anything that went fast! Now it seems that it was time for him to return to the love of his life, Donna. Bob you will live in my heart forever. Rest In Peace my beautiful brother.

Dotti...my heart is breaking for you and your family. So many way too soon.

Bob had a big heart for people, and realness about him that I admired. I have good memories of our conversations. Condolences and prayers for peace and comfort to family and friends.