In lieu of flowers, in true Frank Zimmerman style, the family asks that everyone go have a good meal with a dear friend or family and share some of your fond memories of Fritz. 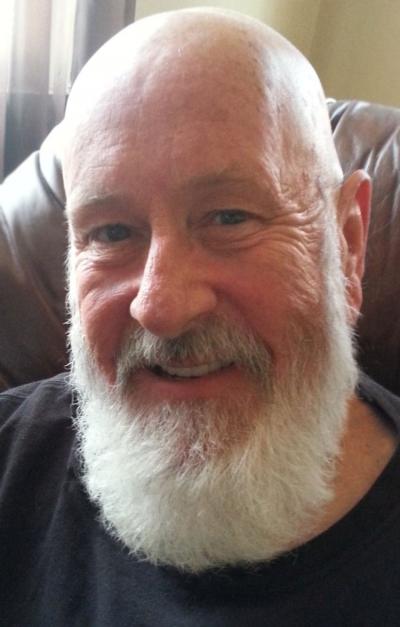 Visitation: 1 until 2 p.m. on Saturday, as well as a period of time following the service at the funeral home

On June 13, 2020, Frank Andrew “Fritz” Zimmerman, 68, of Alachua, FL, was called home by our Heavenly Father after a long battle with cancer.

God thankfully broke the mold after Frank was born to the late Frank Aloysius Zimmerman and Helen Katherine (Harding) on June 20, 1951, in Flora, IL.

After graduating from North Clay High School, Frank decided to follow in his father’s footsteps by seeking a career with CSX Transportation.  During his 42-year career with the railroad, he was relocated many times, finding his family living in an orange grove in south Florida, to a chicken farm in Illinois, and everywhere in between. He retired in 2011, to finally live a life with the wind flowing through his long, majestic beard and put thousands of miles on his many motorcycles.

In February 1980, his desire for the open road led him to Erin, Tennessee, where he met the love of his life, Gena Kay Mosley.  They met during a game of darts, were married 9 months later, and remained teammates in life for the next 27 years.  Together, they had two children, Zackry and Gretchen.

As a father, Frank was a wonderful provider and made sure his wife and children never wanted for anything.  He also made sure his children knew who the remote belonged to, even when he was “watching tv” with his eyes closed and snoring.  He never stopped his children from living their lives the way they wanted, but was always there to catch them if they fell.  When they did make an error in judgement, he would always respond with “Well, I bet you won’t do that again.”

Sadly, after a long illness, Gena Zimmerman passed away in 2007.  In 2015, Frank's love of the open road led him to Alachua, Florida, where he met and fell in love with Lisa Turner. They exchanged wedding vows in August 2019 and were together until Frank’s final breath.  He dearly loved his two stepchildren Helena and Jay, along with seven grandchildren.

He relished in his role as “Grandpa Frank” to Andrew, Anu, Eden, Summer, Ethan, Austin, and Gavin and hoped that he taught at least one of them how to cuss properly.  At times he was a bad influence to the grandkids and orchestrated many shenanigans that just made Lisa shake her head.  He enjoyed spending his days playing in the pool with them, letting the kids cut down brush with machetes, and taking turns riding around on the tractor.

A memorial service will be held at Frank & Bright Funeral Home in Flora, IL, on Saturday, June 27, 2020, at 2:00 pm.  Visitation time will be from 1 until 2 p.m. on Saturday, as well as a period of time following the service.

In lieu of flowers, in true Frank Zimmerman style, the family asks that everyone go have a good meal with a dear friend or family and share some of your fond memories of Fritz.

Made many memories back in the day with Fritz. Fly high dear friend.

Fritz was a dear friend and will be missed. We had some great time together.

Hello friends. So sorry to hear about our great friend, Fritz. You all have my sincere sympathy and friendship. You all were wonderful neighbors. I sure do miss you all. With love and prayers, Dave Lewis

Two phrases come to mind when I think of Fritz back in the late 60's. When something unusual would happen he would always say "mother bear" or "moma coon." Everyone who knew him has a story.

Reading the obituary made me smile. I mean that with deepest respect to the family. It is rare to read one so well written that it describes the person so perfectly that you can't help but smile as you remember them. My condolences to the family. You are in my thoughts and prayers.

We are sadden to hear Fritz has made his final ride. We shared many good times, in music, as he was one of our bands greatest supporters. I remember one special night, at Carmi, when we all spent the night together at the Sheriff department, what fun we all had that night. He was a good friend and although we've been apart for many years his memories still make me smile. He love to kid and joke with everyone and did. Rest in peace dear friend.

Ride on Brother. Ride easy. Thanks for the memories. Shovelheads forever.

So sorry to hear this he was so good to talk to anyone and a friend to anyone.

Dear true friend, Carolina, you are greatly missed. You were one of the best. Love and prayers to your family.

So sorry for your loss. Fond memories of this guy!

Amazing guy. He will be missed. So very sorry for your loss.

My condolences on the passing of Fritz. I never knew him personally but have heard his name many times over the years. It seems as though he was quite a character. My thoughts and prayers are with Ted and Deb and the entire Zimmerman family at this difficult time.

Fritz was a great guy. Rest in peace old friend.

We shared some good times with Fritz, back in the day! Our paths didn't cross often; but when they did, we truly enjoyed them. Rest in peace and may God bless, comfort and protect your loved ones while you're away from them.

Ted & Deb I hadn't seen Fritz in years, but will never forget his smiling face & quick wit! So sorry for your loss.

Fritz and I had many good times on the railroad, working on and drag racing our cars, riding his horses, and just generally having a good time. My thoughts and prayers are with his family. Alan

Fritz was one of a kind. I can remember the back door slamming open and Fritz strolling through in his bib overalls and black hi-top converse tennis shoes. The obituary was spot on Fritz. Prayers to you all!!!

So long old friend fly high God is your co-pilot.

Fritz was always my protector. We will always remember the Carmi adventure. Couldn’t of asked for a better person and friend. Wish we could still go screaming over the overhead on your bike. Rest In Peace my friend.

Ride in peace down Heaven's Highway Brother Fritz. It was a blessing to ride with you!

I do so wish things like this could somehow just not be allowed to happen in our world. I also know this guy will be missed by a great many people. Fritz was one of those rare people that you could not miss and could not help but love. He was a good friend to me and to many others in his life and managed to spend a little of his free time with me and actually let me spend time with him and for me that was always an event and wildly interesting each and every time. At the Flora Pool Hall, among other places, he was the guy whom if he gave you a "nickname" it immediately stuck. I know several people still today who are called by the name he gave them after he learned a little about them and gauged their personality. His immense wit, caring and an abundance of common sense allowed him to do things like that rather quickly. If "Fritzy" gave you a nickname it was a badge of honor and everyone around you knew you by that name from that day forward. A true individual who will be very genuinely and sorely missed.

To the family of Fritz, I lost track of Fritz just after high school, but Fritz was a great guy in the years that I had the pleasure of knowing him. I am sorry for your loss. We lost a great man. God bless.