Memorial donations are suggested to the Flora Rehabilitation Activity Fund and will be accepted through the funeral home. 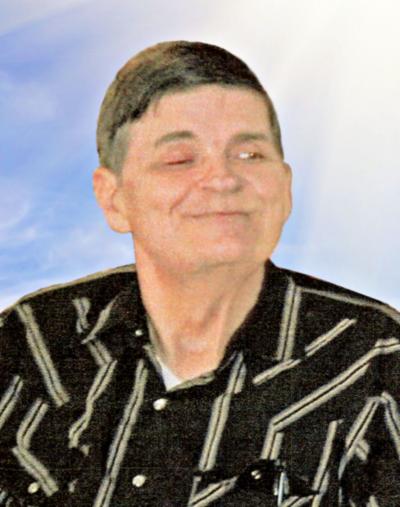 He was born June 3, 1949, in Songer Township, Xenia, Illinois, the son of James and Geneva (Miller) O’Brien.

Larry, affectionately known as “Butch” by his family was an avid St. Louis Cardinals baseball fan.  He loved holding his nieces and nephews when they were babies and took pride in often being among one of the first to hold them.  He enjoyed Gospel music and always looked forward to the times that area churches would visit the nursing home.  In the past he had attended church at Oak Mound Christian Church and later New Hope Church until his health no longer allowed.  Larry was known by many for his handwritten notes that he would pass out to his family and the nursing home staff and nurses.  These notes, lovingly written on colored paper, often included sentiments such as “Jesus Loves You!” and “Larry Loves You!”

He was preceded in death by his father: James F. O’Brien; a sister: Jeannie Tepker; and a brother: Henry O’Brien.

A graveside service will be held 11 a.m. Thursday, June 18, 2020, at Oak Mound Cemetery in Xenia with Lance Thackrey officiating.  Those attending are asked to go directly to the cemetery.  Memorial donations are suggested to the Flora Rehabilitation Activity Fund and will be accepted through the funeral home.  Arrangements are in the care of Frank & Bright Funeral Home.  To share a memory or condolence visit: www.frankandbright.com

I remember while visiting the nursing home meeting Larry. We had a delightful conversation and he shared his artwork with me. I could tell he loved the Lord.

Gary and family, I am so sorry for your loss. Prayers for peace.

So very sorry to hear about Larry! Loved him so very much! Prayers for all of you!

Larry will be missed by so many. He gave gentle backrubs to the nurses if he thought they were stressed, loved calling his mom, of course he LOVED the Cardinals, and enjoyed my CNA Students being there. He enjoyed being the center of attention when he showed them his communication computer. Rest in peace, my friend! I bet you ran through Heaven's gate!

When Beyond the Walls would do their prayer walk, Larry would always be so excited to see us. I carry with me one of his handwritten notes. He loved many and was loved by many.

Will so miss seeing Larry's smiling face when we are allowed to go back to the home sing again.

Prayers for the family!

I know Larry,'s dancing in heaven right now and singing with the angels

I had the privilege of talking to to Larry at the nursing home while my mom was there and he was the sweetest of guys! Always smiling!

Oh my Larry, I loved you my friend. I loved singing to you and watching you play your tambourine. I still have the note you gave me when I left as Activity Director. You made me smile every day. Enjoy playing your tambourine with Gods Angel's as they sing. I will miss you my sweet friend.

Geneva, Gary & family--I'm so sorry to hear of Larry's passing. He is at peace and may you also be.

Larry, Viola & I will miss you greatly. Such a pleasure to visit with you...