Memorial donations in his memory are suggested to the family. 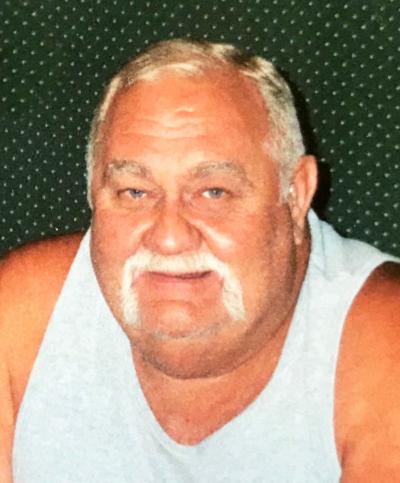 
Allen’s family plans a memorial service and open house in Dwight at a later date.

He was born April 9, 1945, in Morris, the son of the late Nels Peter Nelson and Chloe May (Hallam) Nelson.  He was formerly married to Judith A. Nelson, Karen A. Nelson, and Renee Nelson.

Allen retired after working over 30 years at Caterpillar in Joliet.  He had been a member of the Dwight Lions Club and Dwight United Methodist Church.  Hunting and having his dog “Shorty” by his side were some of his favorite ways to spend time, along with his love for watching baseball, especially the St. Louis Cardinals.

He is survived by his companion, Bonnie Moore of Louisville; 5 children: Peggy (Tyrone) McPherson of Joliet, and Lisa M. Cavanaugh, Kimeri (Darrin) Shull, Bill (Jodi) Nelson, and Jennifer L. Nelson, who are all of Dwight; 9 grandchildren: Amanda and R.J. Rodrick, Stephanie and Ryan Seifers, Austin and River Nelson, Felicia and Anthony Nelson, and Michael Michon; 4 great-grandchildren; a sister: Jan Harris of Dwight; as well as several cousins, nieces, and nephews.

Allen’s family plans a memorial service and open house in Dwight at a later date.  Memorial donations in his memory are suggested to the family.  Frank & Bright Funeral Home in Flora assisted with arrangements.  To share a condolence or memory, visit: www.frankandbright.com.

He was a good man! He was a riot to be around partying or not! He was just a good ol soul! R. I. P. Brownie you will be missed!

So sorry to hear of Brownies passing. He was one of a kind special person. I used to visit him on occasion with dear late friend Frank Stark. He always offered me a Zero candy bar. One of his favorites. Lol. And a special memory I will always remember. RIP Brownie. Thoughts n prayers for you my friend Bonnie. 🙏♥️

Miss you so much Dad!!! You will always be with us. You are loved by many. Be good in heaven😂. Love you!!! Lisa

I am so sorry for your loss he was a great man who will be truly missed by everyone who knew him. My thoughts and prayers are with all of you

I will miss you forever 💔 and always you were truely the best man ever!! Love you Brownie!

I Love and Miss you so much! You weren't only my dad you were my best friend. I, will miss your sweet voice on the phone. I, know you lived the cookies I would send, and when I would ask you what you wanted for Christmad you would say cookies. How, I will miss that. We all loved you so much Dad, and one day we will meet again. Have fun in heaven dad, I know Tom will be so Happy to see you. You, will forever be in my Heart. Love you always our Sweet Dad. Love Always and Forever, your Daughter Peggy.

I'm so sorry to hear about your loss Bill,let me know if you need anything.