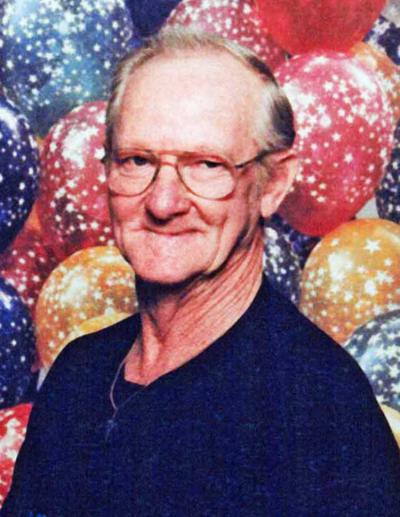 
A Celebration of Life ceremony will be held at a later date.

Charles A. “Pops” Hackney, age 86, of Flora, Illinois, passed away Sunday night, May 10, 2020, at Good Samaritan Hospital in Vincennes, Indiana.

He was born October 7, 1933, in Martinsville, Illinois, the son of Charles and Opal (Hammond) Hackney.

Charles known by “Pops” to many worked as a painter in an auto body shop for several years.  He later worked as a caretaker for a cemetery in Robinson until his retirement.  Pops sang with his family in the Hackney Quartet at the Assembly of God Church in Robinson.  His dog Patches was very special to him and he enjoyed taking him on walks.

He is survived by 4 sons: Gary Hackney of Flora, Robert (Venita) Foreman of Bridgeport, Aaron Hackney of Olney, and Danny Hackney; several grandchildren and great-grandchildren; a sister: Susie Ingram of Paris; a step-brother: Fred Bright of Casey; and many nieces and nephews also survive.

He was preceded in death by his parents; and an infant son: David Hackney.

A Celebration of Life ceremony will be held at a later date.  Frank & Bright Funeral Home in Flora assisted the family with arrangements.  Memorial donations are suggested to the family to assist with final expenses and will be accepted through the funeral home.  To share a memory or condolence visit: www.frankandbright.com

Gary & Karla - so sorry to hear of the loss of your father/grandfather. When this world was at a 'norm' I had the privilege of talking to him at the Care Center. He would always participate when it was the Assembly night to minister in Word and song. Prayers

Gary and Carla, so sorry for your loss. May you all find Peace and comfort in GOD. I really loved watching Pop's outside with his dog. Fly high Pop's fly high

Gary, am so sorry to hear about your dad.

Sorry for your loss Gary, Bobbie and Aaron and families uncle Charlie will truly be Missed I love you all