Memorial donations are suggested to Catholic Charities or Knights of Columbus and will be accepted through the funeral home. 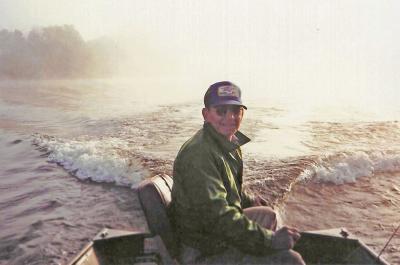 
Arrangements will be announced at a later date.

He was born July 14, 1931, in Trenton, Illinois, the son of James Marion and Marie Theresa (Geiben) Clark.  He was united in marriage to Jane Carolyn (Kincaid) Clark of Louisville, Illinois, on September 29, 1952.

James served in the Air Force in Germany during the Korean War and was a devout member of the Catholic church.  He worked in industrial management most of his life.  In his free time, he enjoyed hunting with his friends, fishing with his daughter and friends on the White River in Arkansas, and barbecuing by the swimming pool with friends and neighbors.

He was preceded in death by his parents: James and Marie Clark; wife: Jane Clark; and 2 sisters: Jane White and Peggy Milam.

A private graveside ceremony will be held.  Arrangements are in the care of Frank & Bright Funeral Home in Flora.  Burial will take place in St. Stephen Cemetery, with the presentation of military funeral honors.  Memorial donations are suggested to Catholic Charities or Knights of Columbus and will be accepted through the funeral home.  To share a memory or condolence visit: www.frankandbright.com

I remember the Clark family from many years ago through St.Stephen’s and school. My condolences on your loss. Rest In Peace James Francis Clark 🕊

Jennifer I'm sorry to hear of your dads passing ! You are in my thoughts and prayers and you all were great neighbors ! My mom and Dad ( Glen and Laura Jean enjoyed them as neighbors so much) !

Jennifer and family - so sorry for your loss. We remember the good times with all of you at Cave-in-Rock fish fries. Bless you and your family.

Sending condolences, prayers, & support to the Clark family. I have nothing but great memories of fishing with him in the Ozarks since I was a young lad.

My sympathy to the family. I grew up as a neighbor to the Clark family. Very special friends and family. Prayers to all!

Great memories of Jim and Jane in Blytheville..played cards and laughed a lot. Their hospitality was always so generous..

Condolences to the Clark family, many fond memories of Jim and Jane Clark, they were my neighbors when I was 8 years old, we went boating, fishing and sand bar camping on the wabash and ohio rivers, in their Larson 16ft boat and a vacation from cave in rock down the ohio river to paducah then up the Cumberland river to Kentucky lake through the locks at the dam. camped there on the boat a few days then returned . they taught me to water ski. and how to be a good boater. Jim and I did a current river canoe trip together with a group from his work in the MO ozarks. a Great boating captain and fisherman. Jim was very modest of his management position he told my parents he was head janitor at his work. I will never forget the smile on his face when he told them. They were both the best neighbors and friends a kid could ever have.

I am writing this for my father Rickey Dieu. He was very sorry to learn of Jim's passing. Dad has many fond memories of time spent not only working for and with Jim but many hunting trips also. May God be with you all during this difficult time in your lives.