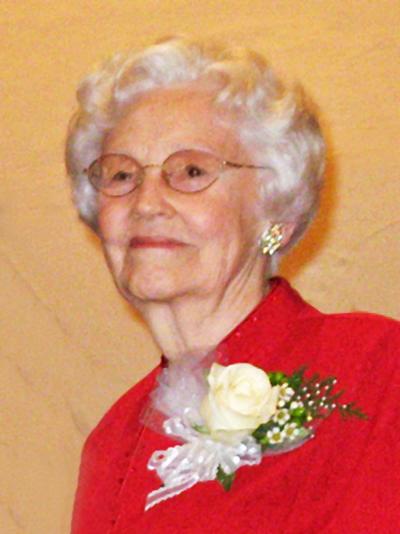 Maxine owned and operated her own beauty shop since the age of 17, and went on to a 50-year career as a hairdresser.  She was a lifelong member of Providence General Baptist Church in Johnsonville, and assisted and supported Jack in several Baptist ministries that he tended over the years.  Maxine enjoyed quilting, crocheting, and painting.  She cherished time spent with her family and will be remembered for her laughter and smile.

She was preceded in death by her parents; husband: Jack Hargrave; an infant daughter: Janet Lynn; and a brother: Lloyd Clements.

A funeral service will be held 2 PM Saturday, March 7, 2020, at Providence General Baptist Church in Johnsonville, with Ron Hampton officiating.  Interment will follow in Johnsonville Cemetery.  Visitation will be 10 AM until 2 PM on Saturday at the church.  Memorial donations are suggested to Providence General Baptist Church or SSM Health at Home Hospice.  Arrangements are in the care of Frank & Bright Funeral Home in Flora.  To share a memory or condolence visit: www.frankandbright.com

Your dad and mom were such an example to me while growing up at New Hope. I will always cherish the memories.

Daryl and Lindsey. So sorry to hear of your loss. I regret that I have a commitment for Saturday that will prohibit me from attending the visitation, prayers to you and your family during this time.

I’m so sorry for your loss. Maxine was a beautiful woman inside and out. She was the perfect example of a pastor’s wife. She and Jack are by far my favorite pastor and wife. I will miss them. They are the reason I started attending church regularly. I regret not being able to attend this week as I have plans. God be with you.

Sweet, beautiful Christian woman. I was blessed to have known her. My condolences to her family.

Prayers for all of the loved ones of Maxine, she was such a sweet lady.

So sorry for your loss. She was a kind sweet woman and will be missed.

Hi Kay, Peggy and all the rest of the family: I was so sorry to see that your Loved One has passed away. I remember Maxine when I was a young girl still living back in Illinois. I am Marilyn (Shehorn) Tarbutton the daughter of Lawrence Shehorn. May God bless each one of you at this time when you are grieving. Remember the good times you had with her over the years as the memories are so precious. We know that she has been welcomed home by her Heavenly Father where others will have their arms out reached also to welcome her what a reunion that will be. I know that all of you will miss her but remember she is in good hands. With my deepest Sympathy, Love and Blessings, Marilyn Shehorn-Tarbutton

Dear Alan and Siblings It is now up to you and your siblings to carry on the wonderful legacy of your Parents Maxine and Jack. God Bless you all Love from Jill

Alan: I was sorry to hear of your loss. You and your family will be in my prayers. John

So sorry for your loss!

Maxine was always a happy lady with a pretty smile on her face. She was a pleasure to be around. A good neighbor to my in-laws and always ready to help out when she could. She will be missed by her family and friends. So sorry for your loss.

Alan, you may not remember me from college at EIU but I just was looking at another obituary and saw your family name. I am sorry to read of your loss, it sounds like she was a wonderful person, Cheryl

Dear Kay, Daryl, and Alan, Your mother was a wonderful Christian woman. Maxine and Jack pastored our flock at Powers Church for many years and I'm so thankful for her life and example of the Proverbs 31 woman. Maxine was always a kind, soft-spoken woman of wise words. May your hearts be comforted by happy memories of a life well-lived. Deepest condolences to all of the family.