Memorial donations are suggested to the family to assist with expenses and will be accepted through the funeral home. 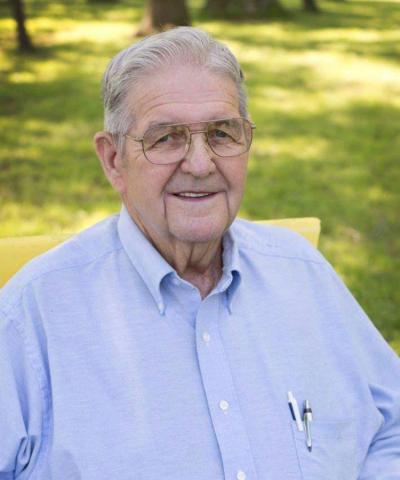 Dickie Ray Young, age 78, of Clay City, Illinois, passed away early Friday morning, February 21, 2020, at his home in the care of his loving family.

Dick’s life and love was his family, faith, and the oilfield.  The people he considered family often extended to anyone who stepped through the door of his home, and he answered to “grandpa” from so many beyond his own grandchildren.  Over the years, he worked for C.D. Reed, Doc & Tom Abner, and Shelby Britton.  He went on to become a production man for Tandem Investments, and later retired from DakFam, Inc.  He was a skilled welder, and his family will never forget his fondness for a variety of Little Debbie Snack Cakes .  Dick’s spirit of faith, personal mission, and belief in a “new beginning” were a cornerstone of his life.  Dick and Frances were longtime members of the Clay City First Baptist Church where Dick served as Deacon.

A funeral service will be 11 a.m. Tuesday, February 25, 2020, at Frank & Bright Funeral Home in Flora.  Interment will follow in Clay City Cemetery.  Visitation will be 5-8 p.m. Monday evening at the funeral home.  Memorial donations are suggested to the family to assist with expenses and will be accepted through the funeral home.  To share a memory or condolence, visit: www.frankandbright.com

So sorry for your loss, I am keeping you all in my prayers

Dick was a very special man, fond memories for ever.

MY THOUGHTS ARE WITH THE FAMILY, RIP DICK..LOVE YOU T

Grandpa Dickie Ray was a great man. He will be missed by all whi knew and loved him. So sorry for your loss

Thoughts and prayers to all. Praying for comfort and strength for the many days ahead. Dick was an awesome man with such a great heart of gold.

I am so sorry for the passing of Dick. He will be missed. He was such a seeeet guy. Always enjoyed talking to him. R.I.P cousin. Prayers for all.

One of my favorite memories of Dick is when he and Frances lived across the road from Mom and Dad. One night after I got off work, Calvin took me home and we were sitting out in front of the house talking until Mom started wearing out the porch light switch to get me to go in. The next thing Dick came over to see just who was sitting out there. I said it's me Dick and he was so embarrassed and apologized over and over. But I was glad he came over. It let me know he wasn't going to let anyone bother Mom and Dad.

Dick was a blessing to so many people. What a wonderful family he leaves behind. My thoughts and prayers are with you all.

What an amazing tribute Teresa. My thoughts are with you and your family in your time of loss.

Jill and family, we were so sorry to hear about your grandpa's passing, he was such wonderful, kind, gentle man. We pray for your comfort and peace at this difficult time.

When we lose a loved one here on earth, we gain an angel in heaven, that watches over us. May you take comfort in knowing that you have another angel to watch over all of you now. Sorry that I can't be there, but my thoughts and prayers are with all of you. Try to remember some happy times. Love, Aunt Kay

Teresa, I'm sorry to hear of your loss. Dick was a kind man who always welcomed me to your house. It is good to know he is walking hand in hand in heaven with your mom again.

Uncle Dick was the nicest man you could ever meet....I have fond memories of him and he will be forever in my heart.

Remembering your family in prayer. Dick was such a good man. He meant a lot to our family, especially my Dad who was a fellow Deacon at First Baptist.

Our Prayers to the Family !

So sorry for your loss. I have a book with Dick’s name in it where he filled out papers to go to work for dad C.D. Reed years ago. Memories are there for your comfort

Prayers for all the family, Uncle Dick will be missed. Will always remember the smiles and joyous heart.

Sorry for your loss prayers for you and your family

Rest in Peace. You will be so missed by all whose lives you touched, however brief the encounter was, you always made them feel welcome. My thoughts and prayers are with your family.

Our thoughts & prayers are with the family.

Sorry for your loss. Prayers of comfort for all the family. Dick was very nice Christian man and will be missed by many.

So sorry for your loss prayers for you and your family

My thoughts and prayers are with you and all your family. This is a difficult time, but the love you have will bring you lasting memories of great times together. I Love you all.

Sorry for your loss dick was my cousin he's going to be missed always enjoyed his company we worked together on a drilling rig he believed in giving a good days work for your pay learnt alot from him . He treated me like a brother going to see him again some day until then he will be in my heart!

So sorry for your loss. Dick & I were in High School together. Our Sympathy & Prayers are with you at this time.

I worked with Dick many years in the oil industry. He was a great friend and always a pleasant fellow to visit with.