In lieu of flowers memorial donations in Beverly’s memory are suggested to any charity of the donor’s choice. 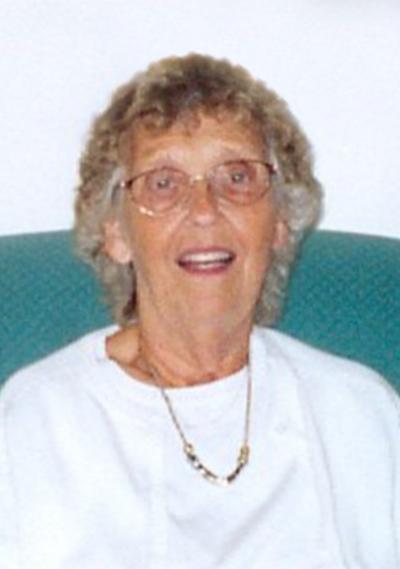 She was born March 6, 1934, in Oklahoma City, Oklahoma, the daughter of John Wesley and Crystal (Howard) Rudy.  She was united in marriage to Edward E. “Zip” Zimmerman November 22, 1953, in Jackson, Minnesota and they shared 62 wedding anniversaries until his death April 4, 2015.

Beverly spent many hours volunteering and was named Ligonier Citizen of the Year in 1985.  She served on the Board of Directors for the Ruth Stultz Nursery School and Lighthouse Ministries in Ligonier, and was a member of Beta Sigma Phi Sorority and the Ligonier Study Club.  Beverly enjoyed sewing and crafts and earned several County Fair Ribbons for her rugs and quilts.  She liked to play bridge, travel, and especially spend time with her children and grandchildren.

She was preceded in death by her parents: John Wesley and Crystal Rudy; husband: Edward Zimmerman; a brother: Richard Rudy; and a sister-in-law: Kay Rudy.

A graveside service will be held 1 p.m. Saturday, December 7, 2019, at Elmwood Cemetery in Flora.  Those attending are asked to go directly to the cemetery.  Frank & Bright Funeral Home in Flora is in charge of arrangements.  In lieu of flowers memorial donations in Beverly’s memory are suggested to any charity of the donor’s choice.  To share a memory or condolence visit: www.frankandbright.com.

I am so sorry to hear of Bev's passing. I know she has not been well for some time. We all went to Prom at Flora High together. I am the only one left of us. I love to hear of your parents travels, at Christmas time. We meet up once in Old Town Spring. Talk all afternoon. My condolences to your family. Velma

We are so sorry for your loss. You are all in our prayers. Bev had the most beautiful spirit. She was a joy to be around and made everyone around her smile. She will be greatly missed.

I had the pleasure of knowing the Zimmerman’s for many years in Ligonier. Every time I had to perform a service call at their house it was a pleasure as they were very welcoming and enjoyable to talk with. Thank you for allowing me to become a friend in your home.

I remember Bev as a fantastic seamstress and all round crafty person. She was the long term president - and rock - of our Beta Sigma Phi sorority, and always had a story to share. And she could still do the splits into middle age! She made friends wherever she went in her motor home when she and Zip traveled all over. Bev was a wonderful lady!

I remember Bev helping me with My daughter Suzette’s first cheer skirt. Then she encouraged me to join Beta Sigma Phi sorority. Thank you Bev for getting me involved in the community. You were one special lady. ♥️♥️

I knew Bev from when she and Zip attended Calvary Lutheran Church in Cromwell. She was such a warm, energetic woman. May God comfort her family and friends.....