Memorial are suggested to the Flora Academic Foundation and will be accepted through the funeral home. 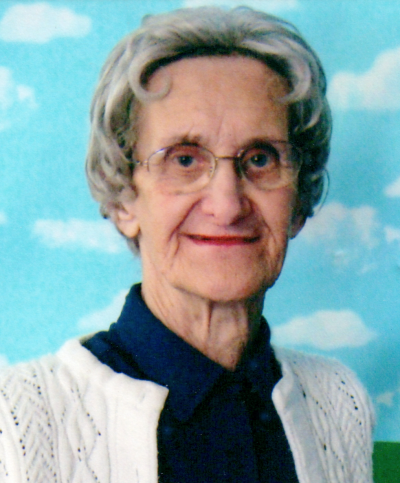 Visitation: Sunday from 12 noon until 2 p.m. at the funeral home

Ruth will be remembered as a caring wife and mother.  She had delivered newspapers for the Clay County Advocate Press in the past.  She was an avid St. Louis Cardinals Baseball and Illinois Basketball fan and was a talented piano accompanist.

She was preceded in death by her parents; husband; son: Dennis Lewis; 3 brothers: James, Charles, and Paul Vaughn; and 1 sister: Florene.

A funeral service will be held 2 p.m. Sunday, October 20, 2019, at Frank & Bright Funeral Home in Flora.  Interment will follow in Floral Garden of Memories Cemetery.  Visitation will be Sunday from 12 noon until 2 p.m. at the funeral home.  Memorial donations are suggested to the Flora Academic Foundation and will be accepted through the funeral home.

So sorry for you loss will praying for your family. Your mother was a sweet woman.

So sorry for the loss of this great lady. Our thoughts are with the Family.

Steve and Keith I am so sorry for the loss of your Mother. Keith, dad loved to tease the heck out of you didn't he? Dennis was mine and Nancy's only neighbor and were great friends. Steve you were the baby so we did not get to torment you as much. Your parents were great people and we are so glad that they lived by us. When they moved there like our mom and dad, that was not in the City and it was not Industrial. She was a wonderful person and I will always have fond memories of her and that house she made me and Nancy always welcome! Prayers for you as you move forward. Your dad and Dennis are waiting with open arms. The Zimmermans.

My Aunt Ruth was one of the strongest, hard-working, dependable, honest and kindest people I know! She never let any hardship hold her back. It was difficult to see her spirit slowly leave her over the last few years ... but now she’s free! She will always be missed. Love you!

Steve and Keith - So sorry to hear about the loss of your Mom! Our thoughts and prayers are with your family.

Prayers for the family.

So sorry to hear this. She was a great lady.

Keith, I am sorry to hear of your loss. I remember both of your parents. The good thing is that they are together again. Prayers for you and all your family during this difficult time.

Keith we are so sorry for your loss. You and your family are in our thoughts and prayers.

We are praying for God's comfort and strength during this time of loss! She was a wonderful woman!!

Ruth was so kind, such a sweet personality, so friendly and caring. May you find comfort knowing she’s home in the presence of Jesus. Hold tight to the memories. Prayers for the family.