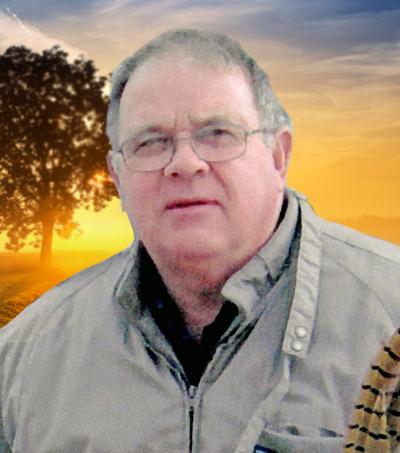 Visitation: 6 until 7 p.m. Friday at the church

David Leonard DeShazo, age 70, of Xenia, and formerly of Oregon, Illinois, passed into the arms of Jesus on Wednesday afternoon, June 26, 2019, at Good Samaritan Hospital in Mt. Vernon.

He was born October 14, 1948, in Oregon, Illinois, the son of Harold Dean DeShazo and Margaret (Godfrey) Ulrich.  He was united in marriage to Judy M. Keaster on October 15, 1977, in Loves Park, and together they have shared 41 years of marriage.

Dave served in the U.S. Army in Vietnam during 3 tours of duty as part of the L Company 75th Ranger Battalion, 51st Infantry LRPs, and 101st, 82nd, and 173rd Airborne Divisions.  He worked as an electrician at Longview Fibre and W.A. Whitney in Rockford.  He was a volunteer fireman with North Park Fire Protection District in Machesney Park, and he and Judy had attended Pelley Road Christian Fellowship in Rockford and Byron Assembly of God Church.  Dave greatly enjoyed time spent outdoors, helping others when he saw a need, and opportunities to witness and share his friendship and faith with everyone he met.  He loved dogs and cherished the memory of his black lab, “Buddy” who died 2 years ago.  He will be remembered as a loving and thoughtful husband, dad, grandpa, and friend.

He was preceded in death by his parents; a son: Mack DeShazo; 2 brothers: Richard Heinzeroth and Larry DeShazo; and a sister: Shirley Knoernschild.

A Celebration of Life ceremony for David will begin at 7 p.m. Friday, September 6, 2019, at the Apostolic Pentecostal Church of Rockford located at 3015 S. 4th Street, Rockford, Illinois 61109.  Visitation will be 6 until 7 p.m. Friday at the church.  Memorial donations are suggested to Rockford Rescue Mission and will be accepted through the funeral home.

Judy I was so glad to get to know David, he was a blessing to everyone he met, praying for you!

Thoughts and prayers too all. May God comfort you in the many days ahead

So sorry to you all Dave was a good man a great neighbor miss coffee time .

Prayers and sorry for your loss..never met the man.but would have shake his hand for serving our country.God Bless

I only knew you through my cousin and your spouse, I'm so sad that I never meet you . Your a Godly man a loving father a loving Dad your a loving Friend to all that knew you,God has excepted a special Angel from our Earthly place RIP David.

So sorry for your loss. Thoughts and prayers for you and your family.

Sorry to hear of your loss. Been down that road, with the loss of Robert Barney. But they aren't lost they are with Our Lord & Savior Jesus Christ. Face to face & in his embrace. Deepest Sympathy Judy & family. GriefShare is an excellent program if one in your area, just for support & understanding. Respectfully cousin Janet Batson Barney Davidson

So sorry to hear of David's passing. While he will certainly be missed, we so appreciated his faith in and reflection of Jesus. And without a doubt know he is walking with and enjoying his Savior today. Know our prayers with you all during this time. Bernita Michael and Dorinda

So sorry for your loss, Dave was such a nice guy, always loved his visits at Basler's Hardware. My thoughts and prayers are with you Judy, and family. I remember him bringing the dog in and how much he loved him. First met him at Chana Grade School.

David will be missed by all. He was a good step brother and a good man. RIP

Judy, So very sorry to hear of Dave's passing, yet we celebrate heavens gain. You and your family are in my prayers.I ask Gods peace & mercy surround you all.

Judy and family. I knew Dave through W.A. Whitney. I remember when he had a heart attack and his attitude was so upbeat, I never met anyone who looked at something like that as a blessing. His stories about his dog were entertaining! Our thoughts and prayers are with all of you. Deb and Wade Carlson

So wish I could see you - give you a hug and hear your lil' giggle. This part of life is sooooo hard . But God has a plan and we know it is a good one. Yes, he is healed and enjoying worshiping our savior ----in His presense ! Love you. Lila

Bruce & Nannette Richards so sorry for your loss. May God guide and comfort you at this time.

Standing with you when you married our sister Judy and standing beside you when you were laid to rest, both were an honor. So many conversations and stories and memories to cherish and hold close. You loved your family without boundaries. We love you and will miss you. ❤️❤️❤️