Memorial donations are suggested to the American Diabetes Association and will be accepted through the funeral home. 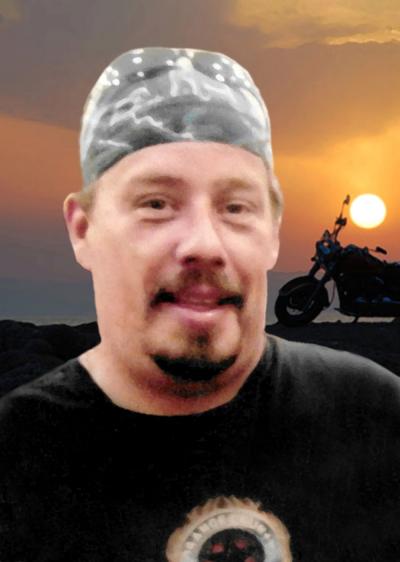 Bradley J. Smith, age 51, of Braidwood, Illinois, formerly of Clay County, passed away Sunday, June 2, 2019, at his home in Braidwood.

Brad was a forklift operator at Geodis in Wilmington.  His greatest enjoyment was riding his Harley Davidson motorcycle, playing with his grandchildren, and spending time with his family and friends.

He was preceded in death by a son: Derek Wade Smith; maternal grandfather: Robert Guy Staley; and paternal grandparents: Galen and Irene Smith.

A funeral ceremony will be 12 noon Thursday, June 6, 2019, at Frank & Bright Funeral Home in Flora.  Visitation will be 11 a.m. until 12 noon at the funeral home.  Memorial donations are suggested to the American Diabetes Association and will be accepted through the funeral home.  To share a memory or condolence visit www.frankandbright.com.

Ed, so very sorry for your loss. Prayers for you and your family.

I love you brother, a lifetime of fond memories, n the thousands of miles we shared. You'll always be in my heart. Be lookin for you in my mirror, the rest of my days. I love you...

So very sorry for the loss of Brad.

There are no words if comfort for your family during this time of sorrow. Know we are thinking of you

My Thoughts and Prayers are with you and your family! Your with the Angels now, say hi to my mom. My dearest friend since we were little I Love You and will Miss You! Love Lorene

Thoughts and prayers go out to Brad’s whole family! So sorry for your loss

We are so very sorry. Our prayers are with you all. May Brad Rest In Peace.

My Thoughts & Prayers go Out to Brad's Family & Close Friends . He was a Hreat Guy . Will be Missed by All

I am so sorry for your loss! Keeping you in my thoughts and prayers!

Sorry for your loss my prayers are with you

Rest in Peace,Prayers and hugs to all the faily

Ride free my friend. You will always be in my thoughts RIP my friend

Dear Family, We are so sorry for your loss. Brad was a dear nephew whom we loved. God Bless you and give you peace and fond memories of him. Sincerely and in Sympathetically, Jan Smith Dean and John, and families

Fly high Bradley up there with our son.. I'm so sorry I couldn't say goodbye.. My thoughts and prayers are with Lauren Lani Marge Jeff all the kids and his best friend Mike.. 💔

Rest in peace my brother I will always remember you and love you.

To my child hood brother. You are very missed already. I have so many awseome memoeries that i will always cherish. Love you, brother .mike sellars