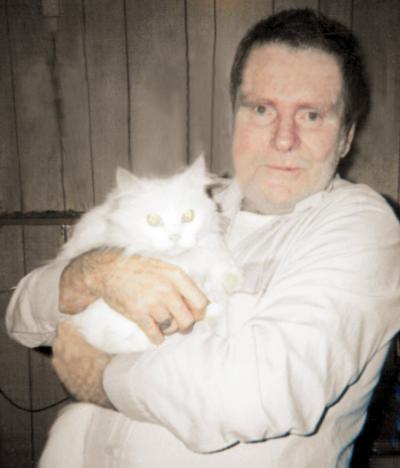 Bill worked in the oil field for over 30 years before becoming self-employed, and later retiring.  He loved animals of all kinds, especially cats.  His cat “Scooter” was his closest friend, along with his other cats “Rags” and “Pipy”.

He was preceded in death by his adopted parents: Charles “Chick” and Annie Williams of St. Elmo.

There will be no services.  Frank & Bright Funeral Home in Flora assisted the family with arrangements.

Ruby, Brad and family, We are so sorry to hear about Bill. Mom and I got to visit and remeneice with him last Thursday at the Dr office....so glad we got to visit with him...sending prayers and hugs your way...if you need anything please let us know...Dick, Linda, Richie Wiegel Steve and Misty (Wiegel)Wheeler

Ruby Brad, and family, I'm so sorry for your loss.

It took all this time to find you. Wished we could have met. The phone conversations we had will always be with me. If only we had met years ago. I am so happy that I was able to give you what you needed to know about your family history. Rest in peace Billy.