Memorial donations are suggested to Gift of Hope and will be accepted through the funeral home. 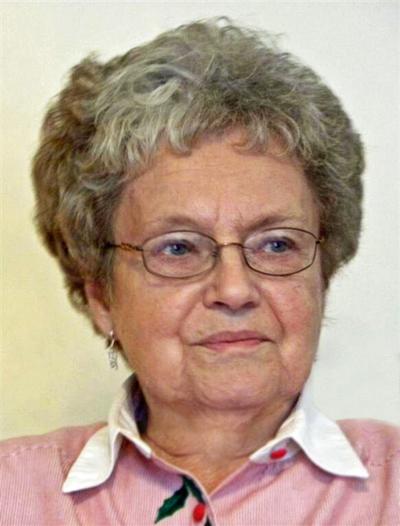 Visitation:  4 until 7 p.m. Monday evening and 1 until 2 p.m. Tuesday at the funeral home.

Berneta was employed in the Clay City Grade School cafeteria for over 20 years.  She was a member of Clay City United Methodist Church.  A devoted wife, mother, and adoring grandmother, she lovingly put her family first and will always be remembered for her delicious home cooked meals and the enjoyment and pride she took in caring for her garden and flower beds.

A funeral ceremony will be 2 p.m. Tuesday, December 11, 2018, at Frank & Bright Funeral Home in Flora.  A private burial will take place at Clay City Cemetery.  Visitation will be 4 until 7 p.m. Monday evening and 1 until 2 p.m. Tuesday at the funeral home.  Memorial donations are suggested to Gift of Hope and will be accepted through the funeral home.

So very sorry to hear about Bernita. Such a sweet lady, she will be missed!

So sorry for your loss my God be with you

So sorry to hear this. She was a fine lady. I remember working in the school cafeteria with her back when. Thoughts going out to her family.

Our thoughts and prayers are with your family.

So many fond memories of Aunt Berneta. Although she shall be missed, her memory lives on and we know she has joined Uncle Bill and Doug up in Heaven. They all are in God's loving hands now. Prayers for the family at this sad time.

So sorry for your loss. I enjoyed her so much. She was a wonderful lady and great cook

So sorry for your loss, She was a beautiful inside and out, Prayers for comfort to all.

Berneta was one of 3 ladies that made working in the kitchen/cafeteria in Jr. High a great time. Berneta was a special lady /neighbor that always had a smile and hug. She will be missed.

So sorry to hear about this. She was such a caring Christian lady!

We are both very saddened by Aunt Berneta's passing. We send our sympathy. As mentioned in her obituary, she was an outstanding cook from grade school meals to family potlucks!! Wish we could be there to be with you and share our love.

Didn't know Bernita died. Prayers. She was a great woman and lived a life that was an inspiration to all who knew her.

So sorry for your loss!! You and your family are in our thoughts and prayers.

Sorry to hear of her passing. She was a special lady! I will always remember how kind she was to me when I worked in cafeteria in Jr. High. She always asked how I was doing and gave me a hug! We had some great laughs together!

So sorry for your loss. Mark your mom was always so sweet to me when we lived in Clay City. She always made sure to speak to me when we seen each other. Will keep you in our prayers.

So sorry to here of the lost of your Mother. You will always have the great memories of her and your dad. You boys are in my prayers.

So sorry to learn about the loss of your mom. She was a gentle caring lady that will be deeply missed by all who knew her. Prayers for your family.

So sorry to hear of Berneta's passing. She was my mom's first roommate in the Aspen Wing at Burgin Manor. She always watched out for mom and told me once that she was so glad I was there to see mom. One day their glasses got switched, when I gave Berneta her glasses she was so thankful. Truly a special woman!! The family of Anita Brooks have you all in our prayers!

Keeping your family in our thoughts and prayers. May God comfort you and surround you with His peace as only He can do.

One of the sweetest ladies I have known. She was such an inspiration to me in my younger years. So blessed to have had her as a friend.

My deepest sympathy to the Weiler family. What I remember most about Berneta is working with her in the grade school cafeteria . She was a blast and so caring. Later in life I attended the same church with her. Anyways such a kind and caring special lady. I sure have missed and will miss that opportunity to visit her. Rest in peace Berneta ❤