Memorial donations are suggested to be directed to the family. 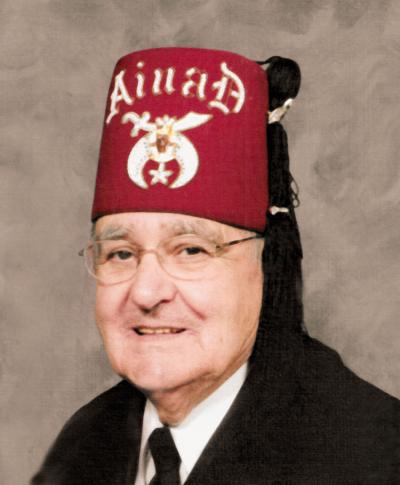 Masonic Rites and a time of remembrance and sharing to follow:  6 p.m. Saturday, November 17, 2018, at Frank & Bright Funeral Home

Richard “Dick” Thomas Egan Sr., was born in Terre Haute, Indiana, on May 14, 1928, the son of Thomas and Mildred (Hamilton) Egan.  He passed away Monday, November 12, 2018, at the age of 90.  He graduated from Harter Stanford Township High School, now known as Flora High School, in 1946.  After graduation he entered Eastern Illinois University obtaining his bachelor’s degree.  He received his Master degree from George Peabody College, Nashville, Tennessee.  He was awarded a PHD from the Ohio State University, Columbus, Ohio, where he met and married his wife, Winona Eleanor (Hern).  He attended summer government sponsored physics classes at the University of Washington, Seattle, Washington, University of Indiana, Illinois State Normal and University of Illinois in counseling.

In 1947-1948 he taught at Center School, in Clay County.  This was a one room school where he taught grades one through eight.  Besides teaching, he was responsible for janitorial duties on keeping the school clean, escorting students across the busy Hwy 50, keeping the out buildings clean and supplied regardless of the weather, and making sure the school was warm when students arrived at 8:00 in the morning.

This good experience led to his teaching math and coaching track at Barrett Junior High in Columbus, Ohio.  While in Ohio he taught “non-traditional” students in the evening and was a veteran’s advisor, checking monthly attendance and grades, and distributing their monthly check.

From 1961-1973 he was the head of the Counseling Department at Jefferson Junior High School in Champaign, Illinois.  He was assigned extra duties of computer scheduling and teaching History at Champaign Evening School.  He also assisted in training psychology students at the University of Illinois.

One of the most enlightening experiences was serving as President of Pacific Northwest College in Portland and Medford, Oregon.  He was responsible for getting the college Nationally accredited.  This was a very lengthy process but was approved by the Federal Department of Education.  Time was spent writing two-year programs which prepared the students for early and prosperous employment.

The last educational experience was writing a two-year program in Food Service for Illinois Central College in East Peoria, Illinois.  The college requested him to teach Restaurant Management for one term.

Richard was one of the very few who had the experience of working in all levels of education.

Richard is a lifetime member of Flora Masonic Lodge #204 and Anthony Daugherty Masonic Lodge in Cisne.  He is a sixty plus years member of the 32-degree Masonic Consistory, a member of Anaid Shriners and a former member of Clay County Shrine Club and Past Worthy Patron of Cisne Eastern Star #973.  A former member of Phi Delta Kappa; a charter member of Professional Counselors, a certified worker’s comp claims examiner in the state of Oregon.

Richard is survived by his wife, Winona (Hern) of Flora; 2 sons, Gary of Portland, Oregon, and Richard Jr. (Marni) of Aurora, Illinois; 3 daughters, Christina Gravano of East Islip, New York, Anita Egan-Lynch (Dale) of Portland, Oregon, and Cynthia Egan of Las Vegas, Nevada; 22 grandchildren and 34 great-grandchildren.  He was preceded in death by his parents, Thomas and Mildred; son, Ted Alan, and a daughter, Deborah Lynn Rue.

A visitation for friends and family will be from 5 until 6 p.m. Saturday, November 17, 2018, at Frank & Bright Funeral Home in Flora.  Masonic Rites will be presented beginning at 6 p.m., with a time of remembrance and sharing to follow.  Memorial donations are suggested to be directed to the family.

Mr. Egan, as I called him when I was in second grade at Center School, was a fine teacher, I have thought of him often over the years. I am sorry for your loss, may he rest in peace.

Winnie and family, Mike and I are so very sorry for your loss. You are in our thoughts and prayers.

I am so sorry for your loss. I will continue to keep you all in my prayers.

Sending condolences for your loss. May he Rest In Peace. Prayers for you all during this difficult times

Sorrry to hear about your Dad.

We are so sorry to hear of Dick's passing. I remember him from Winnie's little shop up town and always enjoyed visiting with him and Winnie. Many good thoughts and prayers going out to you Winnie and the rest of his family.

Oh Winnie I am so sorry to hear of Richard's passing. He was always one of my favorite patients and I enjoyed his sense of humor. He fought a good fight and I hope you will find peace knowing he is now in a better place. My thoughts and prayers are with you and your family at this difficult time. God Bless

Dick will be greatly missed. He was a wonderful friend and old neighbor. Condolence to all of the family

Dear Rick and family, I am so sorry to hear about your loss. I met Richard at Rick and Marni's wedding and it was a real pleasure to finally meet him after hearing such good things about him for so long. I'm glad to have known him and do know that my thoughts and prayers are with you and your family. When you need someone to talk to, I'll be around when you need me. You have my condolences. All the best, Sam Kessler

Hello friends Winnie and family. I am so sorry to hear about our great friend Brother Richard. You are such a great family, and Richard will always be truly missed. I remember Tom and Mildred, and our nice visits with Uncle Ray and Aunt Jenny, in Cherokee Village, AR. You all have my sincere sympathy and friendship. With love and prayers, Dave Lewis