Memorials are suggested to Guadalupe Project and will be accepted through the funeral home. 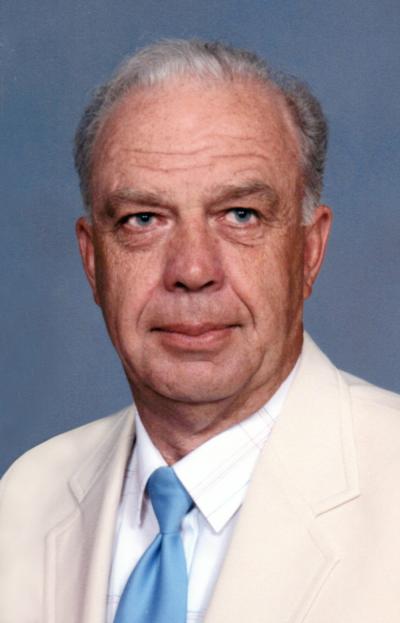 He was born November 8, 1930, in Centertown, Kentucky, the son of Jasper Roger and Nola (Snodgrass) Whitehead.  He was united in marriage to Wanda Ann Bennett on December 26, 1953, in Ohio County, Kentucky, and together they shared 62 wedding anniversaries until her passing on June 1, 2016.

Tony served in the U.S. Army from 1951-53, stationed at Fort Polk, Louisiana.  He was employed by Ashland Oil for over 40 years as a gauger, and was a member of the First Southern Baptist Church in Flora.  He was dedicated to youth athletics through his work as a little league and pony league coach, as well as an umpire.   Tony served on the Clay County Board from 1984 until 2002, and functioned as the board Chair for 10 of those years.  During that time he was instrumental in developing plans for a new hospital in Clay County to modernize and advance the standard of medical care for our local communities.  He enjoyed quail hunting and vegetable gardening, gaining the title of “town farmer” with his plentiful crops.  He was appreciated each year for his delicious tomatoes and willingness to help till the garden plots of others who were anxious to start their planting.  In all that he did, helping people with a giving attitude was the true heart of Tony’s personality.

A funeral ceremony will be held beginning at 11 a.m. Saturday, January 21, 2023, at Frank & Bright Funeral Home in Flora.  Interment will follow in St. Stephen Cemetery with military funeral honors presented.  Visitation will be from 5 until 8 p.m. Friday evening at the funeral home.  Memorials are suggested to Guadalupe Project and will be accepted through the funeral home.  To share a condolence or memory, visit: www.frankandbright.com

Ted and Gary, Sorry for your loss, Tony, was a great guy, coach and friend! RIP my friend.

Sympathy is extended to The Family, Friends and Community. Sorry that an Outstanding Person , Veteran, and Citizen has been lost. As County Board Chairman Tony Whitehead led Clay County through tough financial times , dealt with unique situations and challenges , and his tenure saw a monumental achievement , The New Hospital. Tony's leadership example carried forward through many fine Board Members and Chairpersons , including a couple named Whitehead. RIP Mr. Chairman

Thoughts and prayers!! Condolences to his family!

My thoughts and prayers go out to the family. Tony will be missed by everyone he came in contact with. He was a GREAT guy and a huge benefit for citizens of Clay County.

Our thoughts and prayers are with you all. R.I.P. Tony, Flora will miss you.

Hugs and prayers he was a great guy going to miss him driving around town.

Tony was such a good neighbor to my parents. He will be missed. Prayers to all his family and God Bless!

So sorry to hear of your dad's death. He was such a friendly man. Prayers of comfort for all the family and friends.

Sympathy extended to all at Tony’s passing. He leaves a legacy of a life well lived and will be missed.

I’m so sorry. I pray for comfort and strength for Gary and the whole family. What an amazing man. His legacy lives on.

I have fought the good and worthy and noble fight, I have finished the race, I have kept the faith. Rest in God's eternal Glory. Our condolences to the Whitehead family.

So sorry for your loss. Prayers for all of the family.

Thinking of the Whitehead family at this difficult time. I remember, as a kid, spending time hanging out with Gary and our mutual friends, and what a great person I always thought Tony was. Keeping you all in my prayers.

Im so sorry for the families loss..

So sorry for your loss my thoughts and prayers are with the family.

Gary, Karen, Nathan & Noel, We are so sorry for your loss!! I know Tony will be missed by many!! Hugs and prayers to you all!!!

Gary, Ted and Families: Let me say first how sorry I am for your loss. I always admired and respected Tony from my years working at the courthouse to my years as Gary’s secretary. Tony and I had lots of discussions and laughs during those years. He loved his family fiercely and was so proud of each one of you. They don’t make them like Tony anymore. He will be missed by all who knew him. Prayers for the family. Frank Sinatra was called Chairman of the Board but the real Chairman of the Board was Tony Whitehead!!! RIP Mr. Tony ❤️

Ted & Gary a very fine man has went home! Even though we hurt there are many memories and he will hurt no longer with his new body. Please accept our condolences and prayers with you & your families.

Ted and Gary I am so sorry to hear your Dad passed. Been my neighbor for over 50 years. Could not ask for a better guy, will miss seeing you drive by and that big wave and smile. Your back with your Wanda now and happy. God bless you all.

Every time I was around Uncle Tony I left with something. It was the same way with my father, my uncles Roy and J.R. It might be funny or serious. But it was something worth remembering. I called him on his birthday and on Veterans Day every year and sometimes in between. When I came to Flora from Kentucky we always visited him. He was one heck of a Man! I have never heard of a man over 90 years old plant over one hundred tomato plants by himself and raise them. Then give them away. That’s a story in itself. I will never forget you Uncle. Sending love to the boys and family. See you all Saturday. 🙏💙

Sorry for your loss. He was a great person and friend. He will be missed by all.

So sorry to hear of Tony's passing. Hugs and prayers to you all!

We are so sorry to hear of Tony's passing!! He was a great neighbor and friend!! We always hugged whenever I saw him and Wanda! I have many great memories of the Whiteheads!!!

My deepest sympathy. May the lord comfort your hearts during this time of sadness. Love & Prayers Theresa.

Please accept our condolences on Tony’s passing. He was so good to us as we were growing up. Tony served Clay County proudly for his whole adult life. Rest in God’s Peace Tony 🕊️

We are so sorry for your loss. Sending our love and prayers across the miles.

Ted and Gary So sorry for your loss.

Praying for you all during this difficult time!

We will dearly miss your dad. We could always count on him brightening our day. We are grateful for the many memories he’s left with us and will forever cherish these. Our condolences to you all. Sending prayers your way.

Sorry to the family for your loss. I never met Mr Tony but was lucky enough to have some of his fantastic tomatoes and hear stories thru his sons and grandson. Your in our prayers today.

Tony was a wonderful person, and will be greatly missed. He meant a great deal to my husband and me, and we will remember him always.