Memorial donations are suggested to Orchardville Fire Department, North Wayne Ambulance Service, or St. Stephen Catholic Church and will be accepted through the funeral home. 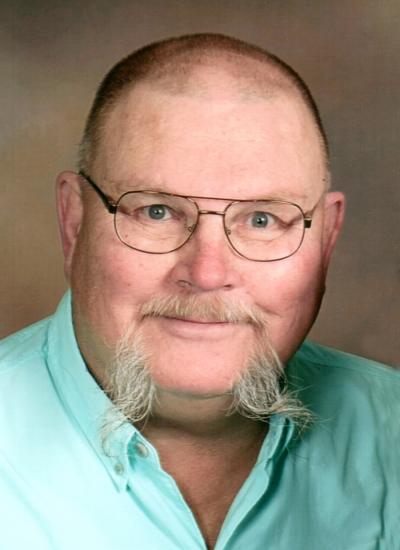 He was born July 19, 1952, in Normal, Illinois, the son of Matt and Anna (Skutt) Shevokas.  He was united in marriage to Carol Guth on August 17, 1974, in Normal, and together they have shared 47 wedding anniversaries.

Greg earned his bachelor’s degree from Southern Illinois University.  He worked for Illinois Power and Ameren IP.  Greg enjoyed being outdoors and time spent camping, canoeing, and hunting with family and friends.  He was a ballroom dance instructor and, in the past, had raced canoes for the United States Canoe Association.  He was a member of Quail Unlimited and Boy Scouts of America where he helped current scouts with earning their merit badges.

He is survived by his wife: Carol Shevokas of Xenia; a son: Joshua Shevokas of Union Grove, Wisconsin; a daughter: Laura (Scott) Varo of Belle Plaine, Iowa; 4 grandchildren: Casey and Kylin Shevokas, and Sawyer and Piper Varo; a brother: Steven (Dawn) Shevokas of Chenoa; several brother and sisters-in-law; and many nieces, nephews, great-nieces, and great-nephews.

He was preceded in death by his parents; maternal and paternal grandparents; 3 brothers: Matt, Leonard, and Dennis; 2 sisters: Evelyn and Marianne; and his beloved hunting dogs: Gus & Mac.

A funeral mass will be held at 10 a.m. on Wednesday, May 4, 2022, at St. Stephen Catholic Church in Flora.  Interment will follow in St. Stephen Cemetery.  Visitation will be 5-7 p.m. Tuesday evening, May 3, at Frank & Bright Funeral Home with a Rosary service to begin at 7 p.m.  Memorial donations are suggested to Orchardville Fire Department, North Wayne Ambulance Service, or St. Stephen Catholic Church and will be accepted through the funeral home.  To share a condolence or memory, visit: www.frankandbright.com

Greg and carol were one of my favorite ballroom students. His dry sense of humor was always well received by me. I retired early at 50. Every time I saw him at class get togethers or anywhere. His first statement question or otherwise.( did u get a job yet). I will miss the big guy

When they paired the term gentle giant. Greg was who they were talking about

My sincerest condolences and prayers for peace.

I am so sorry for your family's loss. I know he will be dearly missed and my thoughts and prayers are with you all. May your many memories give you comfort and peace.

Carol and family, We are certainly saddened to learn about Greg. Having spent our first 18 years living a few blocks from each other my memories are many. Needless to say he was a great guy and was liked by all. Excellent student, athlete and scout. He really made the most of everything life had to offer. It is not the number of candles on your birthday cake that is important. What matters is how bright the candles are. Rest easy old friend.

Hugs and prayers for Carol Shevokas and her family. Greg was my classmate at Chenoa High School and married my cousin, Carol. Because of this, Greg has been a part of both schooling and family for over 55 years. He was an outstanding basketball and football player for our school, a respected Boy Scout and role model, and an admired adventurer. He loved the outdoors and took full advantage of hunting, fishing, canoeing, and other active pursuits. He will be much missed by family and friends.

You are in our thoughts Carol. So sorry.

I first met Greg around 1998 near Eldorado. At that time we worked for different companies. Then since around 2004, we both were part of Ameren until he retired. Greg was a great resource of knowledge / experiences and a pleasure to work with.

My sincere sympathy to Greg's family. Although I have not seen Greg for 52 years when we played high school football against (Chenoa vs. Minonk-Dana-Rutland) each other. He was one tough lineman. I have forgotten many opponents names but I remember Greg Shevokas from Chenoa! RIP Greg. Dick Shelby Decatur, IL

REST IN PEACE MY FRIEND WE SHARED OUR GRADE SCHOOL AND HIGH SCHOOL DAYS TOGETHER....SOME OF THE BEST MEMORIES OF MY LIFE . MY PRAYERS ARE WITH YOU CAROL AND FAMILY. GARY

Dear Carol and Family, I am so sorry to hear of your loss. I have such fond memories of your family here in Decatur. You all are in my thoughts and prayers. Most Sincerely, Gayle