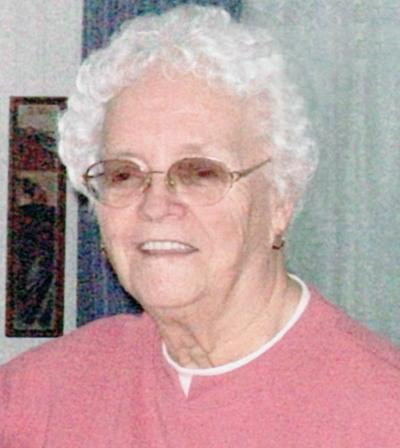 Lela was born June 24, 1934, in Flora, the daughter of Scott and Blanche (Richardson) White.  She was united in marriage to Delbert Andrew Colclasure on April 16, 1954, in Flora, and together they shared 35 wedding anniversaries until his death on December 8, 1989.  Delbert was a member of the Laborers Union for 40 years.  The couple became parents of two children, Joni Lynne born in 1956, and Jeffrey Del born in 1958.

Lela worked as a bookkeeper at the International Shoe Factory for 2 years before pausing to have their two children.  She later continued her career with the Flora News Record.  She transferred to the Salem Times-Commoner in 1973.  She was Assistant Editor, Photographer, News Reporter, and was Editor for the last ten years of her career.  Lela wrote hundreds of feature stories and was VIP for the Salem National Guard where she traveled to Camp McCoy, Wisconsin and Camp Jennings, Georgia.  She also covered the flood of 1993 along the Mississippi River.  She was a member of the Hospital Auxiliary, and a member of the Trinity United Methodist Church where she had attended since she was 10 years old.  During her retirement years Lela was in the Library of Congress talking book club where she enjoyed hundreds of books.  She also enjoyed spending time with her family and her cat, Cecil.

A funeral ceremony will be held at 10 a.m. on Tuesday, May 3, 2022, at Frank & Bright Funeral Home in Flora.  Interment will follow in Oak Mound Cemetery.  Visitation will be 5-7 p.m. Monday, May 2, 2022 at the funeral home.  Memorial donations are suggested to the family to assist with final expenses and will be accepted through the funeral home.  To share a condolence or memory, visit: www.frankandbright.com

Jeff, I am so sorry to hear of your Mom's passing. I know you will miss her much. You have been a great Son. Love you. Trudy

Fly high Lela! My prayers of comfort for Jeff.

My condolences Jeff in the passing of your mother. She certainly lived a fulfilling life! I worked with her at the newspaper many years ago and found her to be a loving person.

Prayers for you Jeff your mother was a wonderful and caring lady.

So sorry to hear of Lela passing. She was in the 1952 Class of Flora High as was I. Flora High should be proud of her. We met last at our 60th class reunion.

We will keep you in our thoughts and prayers.

May God give comfort and strength and surround you with His love. 🙏

Jeff so sorry to hear of your mom’s passing. She was a wonderful lady, aunt, and friend, I always enjoyed talking with her. Although she will be missed dearly, she will rejoice in Heaven with your dad and Joni. Please know your in our thoughts and prayers.

My condolences to the family of Lela Irene Colclasure. The last time I visited her was at her house. A friend of ours, Pam Bergmann, was going to go with me to visit her again and I wished we had. I am saddened by her loss.          I met her when she was Editor and I was the Classified Manager and then I went into typing the news. I would go downstairs from the third floor and into her office on the second floor bugging her for something to type. We would speak quite often. She would speak of years ago being in the front office with Francis Rees when her office was downstairs. It saddened me when she lost some of her eyesight and couldn't see as well. I remember her going away party and how I would miss seeing her. So a group of us would go to Flora and have parties, games and snacks at her house. She was always a gracious hostess and had lots of information to share.         I miss seeing her and hearing from her since she went in the nursing home. I know she is resting peacefully in heaven and with her Del and daughter. May God bless all her family and friends for being a part of her life.         Miss Dollaine Wooley of Salem, Salem TC employee

Jeff, my condolences to you. Lela was a very special lady and I remember her sense of humor. May the Lord give you strength for this time of life.

Great-Aunt Lela was a special lady. I enjoyed catching up with her when I worked at the hospital and at family reunions. Prayers for comfort and peace during this difficult time.

I am sorry to hear of Lela's passing. She was a good Christian lady, even back in high school, so I guess condolences are not needed, but celebration, because she has now made it home, and how glorious that must be. We were in the same high school class, with Freda a year behind us, and we all attended the United Brethren church with Pastor Vanwey. Good memories! May God bless and cimfort you all.

Much love for our Grandma, "GiGi". We miss you and love you very much

Prayers to you Jeff and your family Aunt Lela was a wonderful woman and left a great legacy Soar high!

Lela will be greatly missed. She was a wonderful co-worker, great friend, and an amazing person. Lela is at peace with her loved ones who have gone on before. Jeff and family my condolences on your loss.

So sorry for your loss. May God wrap His arms of comfort around you. Blessings of love and peace go out to the family. God’s blessings to you. Dennis and Sue Hampsten

Sending my condolences out to Jeff and his family. May God heal the hurt in your heart.

So sorry for your loss, Wes. Thinking of You and your family.