Memorial donations are suggested to Calvary Baptist Church and will be accepted though the funeral home. 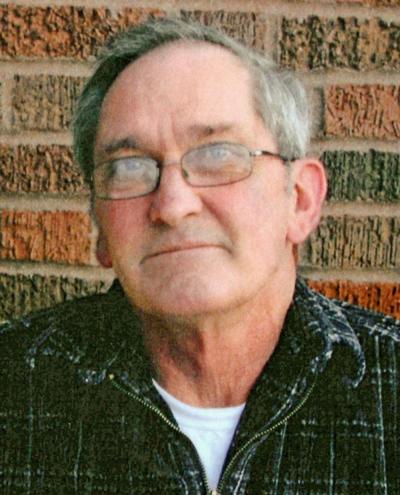 Visitation:  4 until 7 p.m. Monday evening at the funeral home

John was born July 6, 1953, in Flora, the son of Lloyd and Thelma (Akes) Tolliver.  He married Kathy J. Miller and they shared 23 years together until her passing in April of 2008.  John later married Teresa Dulaney on April 11, 2011, with whom he shared 10 wonderful anniversaries with.

John was a very hard worker and would do anything to support his family.  He was an entrepreneur of many vocations including farming, construction, carpentry, and working in the oil field, and he even ran a business selling firewood.  He was always ready to be outdoors and enjoyed slow rides though the country later in life.  John enjoyed watching television, especially old western shows and sports.  His favorite teams to watch were the St. Louis Cardinals and the University of Illinois Fighting Illini.  John was a faithful Christian who loved God and was a dedicated member of the Calvary Baptist Church in Flora.  He loved his family with all his heart, and his face would always light up when his grandchildren came to visit.

A funeral ceremony will be held at 2 p.m. Tuesday, January 25, 2022, at Frank & Bright Funeral Home in Flora with Bill Dulaney officiating.  Interment will follow in Oak Mound Cemetery, Xenia.  Visitation will be 4 until 7 p.m. on Monday, January 24.   Memorial donations are suggested to Calvary Baptist Church and will be accepted though the funeral home.

Pat, I’m so sorry for the loss of your brother. Prayers of peace and comfort for you and your family.

Condolences and prayers of comfort for all. Praise God you are blessed with the peace of knowing his passing is only a temporary separation and you can rest in God's promise of reuniting one day.

So sorry to hear about the loss of your brother, Pat. Thoughts and prayers to you and all your family.

Our thoughts and prayers are with the family

We are so sorry for your loss. You all are in our thoughts and prayers. He was a super person; he would stop doing what he was doing to help you. He sure will be miss by all. May you find comfort and peace from the Lord.

Teresa so sorry for your loss. Praying that the Lord will give you peace and comfort during this time of grief.

Thank you for , being a wonderful person ❤ you will be missed 😢

So sorry for your loss. You are all in our thoughts and prayers.

Teresa we are so sorry for your loss are thoughts and prayers are with you.

Sorry to hear about John’s passing. We played softball and basketball together in the 6th through 8th grade at Lincoln. I remember John as being a good short stop and outside shooter and had the best free throw percentage on our team. Thanks for your friendship and the memories, old friend.

Suzy and Mikie and Amy, I am so sorry to hear about your dad. It's hard to believe one day we'll look and they are gone. Remember the happy times with him. Call me, if I can do anything for you guys..

We are sorry for your loss!

We are sorry to hear of your family's loss. Our prayers for God's peace and comfort to be upon you all.

I am so very sorry for your loss. 🙏