Memorial donations are suggested to First Southern Baptist Church Youth and will be accepted through the funeral home. 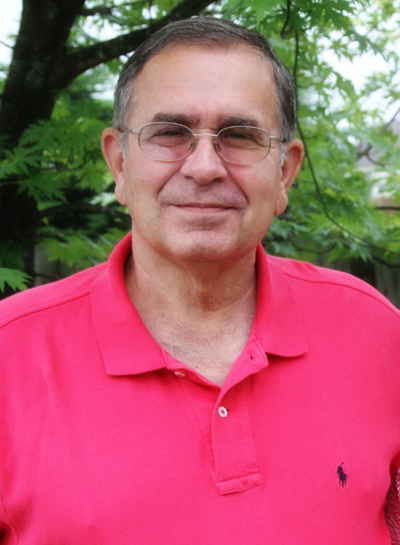 Larry served in the Army during Vietnam.  He worked many years at Sparton Manufacturing and later retired from N.A.L.  He and Leona were charter members of First Southern Baptist Church where he served as trustee and usher.  He enjoyed hunting and fishing and was an avid Cardinal baseball fan.

He is survived by two sons: Dustin (Heidi) Hackney of Brownsburg, Indiana, and Joel (Sarah) Hackney of Flora; 4 grandchildren: Aaron, Rachel, Makenna, and Carson Hackney; and a sister: Norma Mills of Flora.

He was preceded in death by his parents: Arlie and Lenora Hackney, and wife: Leona Hackney.

A funeral ceremony will be held at 2 p.m. Monday, December 20, 2021, at Frank & Bright Funeral Home in Flora with the presentation of military funeral honors.  Pastor Don Lusk Jr. will officiate.  Interment will follow in Elmwood Cemetery.  Visitation will be 12 noon until time of service on Monday at the funeral home.  Memorial donations are suggested to First Southern Baptist Church Youth and will be accepted through the funeral home.  To share a memory or condolence visit: www.frankandbright.com

Larry and I were fishing buddies in our teenage years, one of the very best friends I ever had. My condolences to his family.

Prayers of comfort to you, Dusty, Joel and families. Know you rest in the peace of God's loving promise of grieving with hope. Remember Larry as a great Dad, who with his sweet wife Leona lived for the Lord and raised super Christian young men by example. Was blessed to know them as part of my church family at Oak Street. God bless and keep you all.

Dustin, Joel and Families: We are so sorry for your loss. Please know you are all in our thoughts and prayers. May God richly bless each of you.

So sorry to hear of Larry’s passing. Lifting you all up in prayer!

We are so sorry you lost your dad. Larry was always the sweetest man. We know he is with your mom, and happy with the Lord and Angels now. God bless all of you. We love each of you. ❤

So sorry to hear about Larry’s passing. We were in the same class in HS. Knew both he and Leona very well. I’m so sorry and will keep your family in my prayers.

So sorry for the family’s loss. Prayers of peace and comfort are with each of you.

Have enjoyed several long visits with Larry and Leona mostly at Trago Lake! He was such a patient man! Sure will be missed!! Always had only good things to say everybody and never met a stranger! God Bless his family!' Rip Larry and Leona! Together again! I’m sure she was awaiting their reunion!!!!

Truly sorry for your loss.

Sorry for your loss! Prayers

So sorry to hear about your Dad. Your all in my prayers.

We are sorry for your loss and your prayers are in our hearts.

We are praying for your loss. Larry was a great man who made such a positive impact on our lives. He will be missed, but thankful for the times we got to visit with him. God Bless!

Joel and Sarah, so sorry for your loss.

I'm so sorry for your loss!!! Our prayers for your family's!

We are so sorry to hear the passing of your father. Prayers of comfort and strength as you go through this difficult time. I always thought your parents were a sweet and wonderful couple. Bless your family. 💕

December 22, 2021. I am Larry's cousin. Our mutual cousin, Donna Cannon, notified me today of Larry's passing last Thursday. We all played together as kids in Flora. Larry's mild manner and sweet smile was an inspiration. If there were more people like Larry, this would be a much better world !