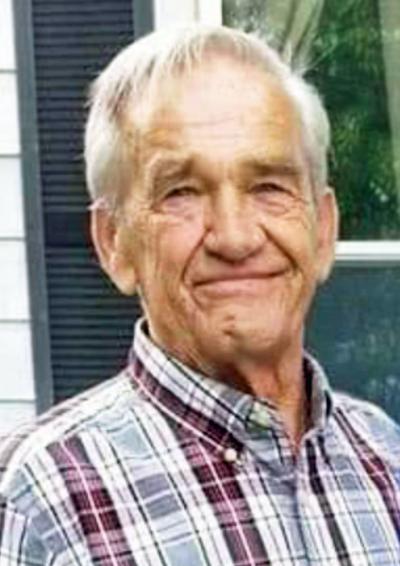 Visitation: 11 a.m. until time of service on Tuesday at the funeral home

Following the conclusion of services, a potluck dinner will be held at the Flora American Legion Post 14.  Everyone attending is asked to bring a covered dish.

He was born June 7, 1941, in Clay County, the son of Frederick Leon and Claris Amelia (Robinson) Senters.  He had been previously married to Constance Jensen, Sue Baldis, and Glenda Senters.

Reggie worked as a carpenter and could build just about anything he set his mind to.  He enjoyed fishing, ginseng and mushroom hunting, going on road trips, and chopping wood to make sure he kept the stove stocked.  His favorite meal was a good ole’ bologna sandwich.  Reggie was a die-hard Fighting Illini fan and looked forward to watching every game.  Family was very important to him and he enjoyed making memories with the ones he loved most.

He was preceded in death by his parents; 2 children: Cindy and Tony; a grandson: Rennen; 2 granddaughters: Kylie and Amy; a great-granddaughter: Elliana; siblings: Sammy, June, Joe, Gene, Fred, Jack, Jess, and David; and an infant sister: Ruth.

A funeral ceremony will be held at 1 p.m. Tuesday, March 30, 2021, at Frank & Bright Funeral Home in Flora.  Interment will follow in Elmwood Cemetery.  Visitation will be 11 a.m. until time of service on Tuesday at the funeral home.  Memorial donations are suggested to the family to assist with final expenses and will be accepted through the funeral home.  To share a memory or condolence visit: www.frankandbright.com

Following the conclusion of services, a potluck dinner will be held at the Flora American Legion Post 14.  Everyone attending is asked to bring a covered dish.

I'm so sorry for your loss. Hugs and prayers for all

Grandad reggie you were the greatest and I loved spending much needed time with you fishing and camping at the little wabash I will have great memories of us. Love u always and forever

Reggie and I were classmates. Always enjoyed seeing him through the years. My thoughts and prayers are with the family at this time.

Gina, and siblings, I pray God's blessings ad comfort on you at this time. Reggie was a friend to me.

Reggie, you will be missed. Prayers and hugs for the family.

Thoughts and prayers go out to the Senters family. May God comfort you in your time of sorrow. God Bless you all.

R.I.P Uncle Reg although you are gone you will never be forgotten you and Grandpa Dave stay put of trouble up there we love and miss you guys

Sadly we will be laying my"Brother"(Uncle) Reggie to rest this coming Tuesday march 30. He has been a significant part of my whole life. We have shared many adventures through the years. He has taught me a lot,and hopefully I have taught him some to. We have worked side by side. Spent so many wonderful hours in the woods on the rivers and roaming through the fields. Enjoying all the beauty mother nature has to share. Now he has taken a new path on his own and will join the family who's gone before him. I will miss him and go on without him. It will be difficult but I'll know he's at peace and free from his covid confinement. Rest in peace brother. I Love you!

As I remember from nearly forty years ago, this is your Dad who called you his "Tiny Little Woman". Is this right, Tiny? So sorry for another loss. Love you.

Goodbye Uncle Reggie. I didn't get to see you much in our later years because we lived on the other side of the country but we have many happy memories with you in them as children growing up. God bless your family to help them grieve your loss. Hug my dad and your brother, Fred, for us in heaven. Now you can be out of pain and enjoy eternal peace.