Memorial donations are suggested to either Powers Church or Cemetery, and will be accepted through the funeral home. 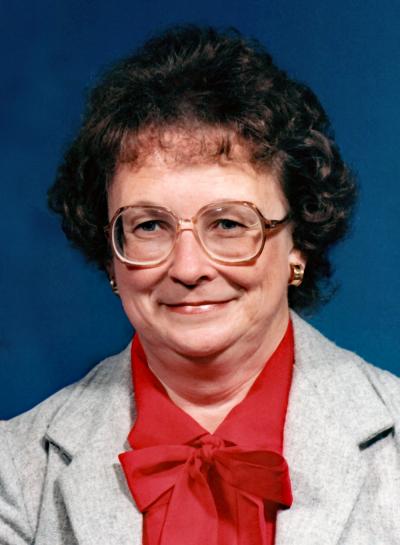 Visitation: 5 until 7 p.m. Friday at Frank & Bright Funeral Home in Flora, and Saturday from 10 until 11 a.m. at the church

She was born August 17, 1942, in Wayne County, the daughter of John H. and Mary (Gauger) Fatheree.  She was united in marriage to Norman Lee Bumgarner on October 22, 1960, at Powers General Baptist Church and they celebrated their 60th wedding anniversary and many fond memories last year.

Virginia had worked as a rural mail carrier, Gauger Insurance, Xenia bank, and the shoe factory.  She was a lifetime member of Powers General Baptist Church where she taught Sunday school, played the piano, and helped in many ways over the years.  Working alongside Norman on the farm she would often lend a hand driving the tractors and trucks, and when it came time to sit down for a while she would crochet and knit.

A funeral ceremony will be held at 11 a.m. Saturday, February 27, 2021, at Powers General Baptist Church, Xenia.  Interment will follow in Powers Cemetery.  Visitation will be from 5 until 7 p.m. Friday at Frank & Bright Funeral Home in Flora, and Saturday from 10 until 11 a.m. at the church.  Memorial donations are suggested to either Powers Church or Cemetery, and will be accepted through the funeral home.  To share a memory or condolence, visit: www.frankandbright.com

We are So Sorry for your Loss. Such a Beautiful Kind Lady... She will be missed

We are so sorry for your loss and we send our love to the Bumgarner family. Virginia was a gift from God himself to all who knew her. Keep your heads up and stay strong!

So Sorry to hear of Virginia passing, prayers to her family Norman ,an son David an family.

So sorry to hear of Virginia's passing. She was a friendly wonderful woman. Prayers of comfort for all the family and friends.

My heart goes out to Uncle Norman, David, and Crystal. Sorry for the loss of such a beautiful, kind, and giving soul. Love and prayers to Aunt Virginia's family!

So sorry to hear this. Virginia was a beautiful spirit and loved by all that new her. She will be dearly missed by all. Love to Norman, David and all.

My sincerest sympathies on your loss. Virginia was a blessing to this world, and I know you will miss her dearly.

So sorry for the loss of Virginia. Prayers of comfort for all the family.

Virginia was such an angel 👼. She gave so much of her time & energy to Powers Church! She was a special & sweet lady. She was such a giving person.

I’m so sorry for your loss. Virginia was such a caring, loving and beautiful person. She will be deeply missed. May you find peace and comfort from the memories you shared. Bless you, Carol

Our deepest sympathies to the family of Virginia. She was a special lady.

So sorry for your families loss Norman ... I did not know Virginia very well but I believe she was an amazing woman and pleased I got to know her as I did ..God Bless you and comfort you at this time ...🙏🏻

Norman, Sorry to hear of your loss. Jim Rice

We are deeply sorry for your loss. We know she will be greatly missed. Know others care and we are praying God will comfort your hearts and bring you peace in the days ahead. There is great gain for the believer in Jesus. Her struggle on this earth is done. And now the promised reward new life with her Savior, the gift of faithfulness to him.

We are so sorry for the passing of Virginia. Norman, David, and family you are in our thoughts and prayers. May God bless you at this time of sorrow.

Sorry for your loss, sending prayers and love to all the family. God Bless you all.

A sweet wonderful Lady will be missed, but is in a better place..Amen

Norman and family, I was sad to read of Virginia's death. You and she were very special to my mother, and I know you both served your church family faithfully. May God's grace and mercy see you through this time.