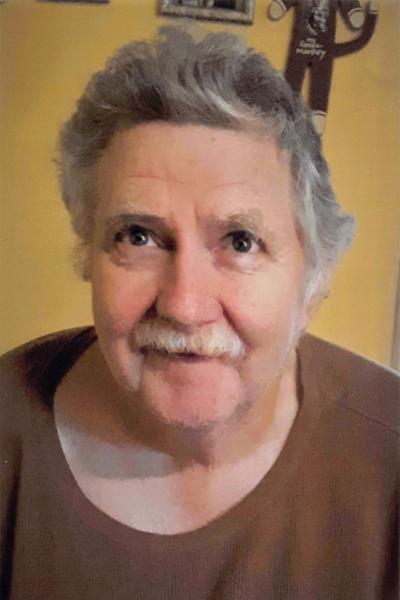 
A Celebration of Life will be held at a later date for family and friends.

Together they had 3 children of their own: Tanya (Terry) Tackitt of Clay City, Jeremy (Patricia) Stockon of Flora, and Shane Stockon (Rebecca Holcomb) of Mount Vernon.  He also had 3 stepchildren: Corrinna (Bobby) Berning of Cherokee Village, Arkansas, Troy (Tammy) Allen of Xenia, and Dawn (Jamie) Mayberry of Myrtle Beach, South Carolina.  They had 15 grandchildren and several great-grandchildren.

Charles worked many jobs throughout his life including for himself.  He had many hobbies such as hunting, fishing, playing cards and dice, and mowing grass.  He enjoyed spending time with his family and friends. His greatest joy in life was being married to Sherril.

Charles is survived by all 6 kids, grandchildren, and great grandchildren; sister Ruby Williams, brother Frank (Rose) Stockon, and brother Walter Stockon (Brenda Colclasure) all of Flora; and several nieces and nephews.  He is also survived by his best friend Jack Carter of Fairfield and two fur-babies Chi-Chi and P-Diddle.

He will be missed by all who knew and loved him. A Celebration of Life will be held at a later date for family and friends.  Frank & Bright Funeral Home in Flora assisted the family with arrangements.  To share a condolence or memory, visit: www.frankandbright.com

Sorry for your loss prayers sent to the family

Tanya's and family we are so sorry for the loss of your Mother. May GOD give you comfort

So sorry to hear about Charlie...I worked with him at Buehlers and loved listening to his stories...hugs

Charlie was a great neighbor and such a great man. He will be missed.

Sorry to hear of his passing. He has done a lot of work for me in years past and always wanted to please the people he worked for. He will be missed. He was a good man.

Uncle Charlie was married to my Aunt (who preceded him in death). He was a wonderful Uncle, we talked regularly on the phone. Aunt Sherrill will have been waiting for him at the gates. So sorry for his loss. He was well loved. I love you Uncle Charlie, no more pain. You will be missed.

We will sure miss you Pop! Was just talking to you a few days ago about fishing this year. I (Tammy) will catch a big one for you. Love you always. Tell everyone up there hello from all of us and send our love. You will be greatly missed!