In lieu of flowers, memorial gifts may be designated to the First United Methodist Church in Flora, IL or Fur a Good Paws, a not-for-profit animal adoption organization in Flora, IL, and sent to the Frank and Bright Funeral Home, 500 N. Main Street, Flora, IL 62839. 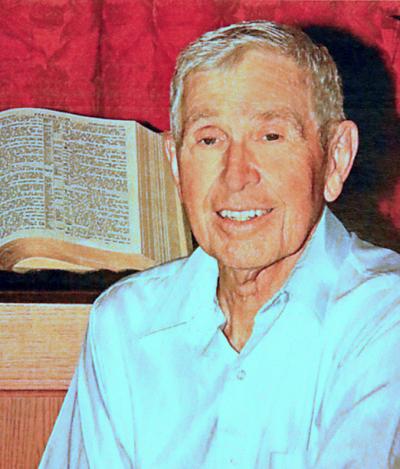 
Graveside services will be announced and occur at a later date.

Robert “Bob” Eugene Elliott, Flora, Illinois, was born to Cecil and Carrie Elliott, at home in Equality, IL  January 29, 1940 and died at his home on January 12, 2021, at age 80.  Bob, remembered by friends and family as a truly good, caring, thoughtful and encouraging person, spent his younger years in Equality, Illinois.

He was predeceased by his parents, a sister, Betty Christian, a nephew, Mark Hartman, and a double cousin, Don Elliott.  He is survived by a sister, M. Lovene Hartman of Florissant, Missouri; two nieces, Dawn Hartman of Palos Verdes, CA and Sandra Simmons of Carthage, Missouri, a double cousin, David Elliott of Carlinville, IL and some great grand nephews.  Don and David were always considered to be half-brothers to Bob and his sisters.  In addition to his family, he is survived by special friends, Jason Collins of Carpentersville, IL , Dalton and Mason Hungate, of Flora.

Bob attended Equality Township High School and was named Valedictorian of his graduating class.  He enrolled at Southern Illinois University in Carbondale as a business major, but after a couple of years, he wasn’t sure he wanted to major in business.  He left school, returned home to live with his sister Lovene, where he worked for International Shoe Company.  He volunteered to serve in the U.S. Army, where he served his country as a military policeman stationed in Germany during the Viet Nam Conflict.  He decided he wanted to teach business classes and returned to college on the GI bill to finish his degree.  He earned his bachelor’s and Master’s degrees from Southern Illinois University in Carbondale, Il.  He took a teaching job in 1968, teaching business and accounting classes at Flora High School, where he spent decades encouraging young people to believe in themselves and to learn courses that could serve them as a profession.  Former students remember Mr. Elliott warmly as one who truly believed in them and one who often brought donuts to class. He was a regular ticket taker at Flora High School events, sponsor of student clubs such as Future Business Leaders of America (FBLA) and a generous contributor to many projects to benefit student groups.   For many years, Bob also taught night classes for Frontier Community Colleges.  Following retirement as a long-time educator, Bob became a courier for Brissenden Law Office and, more recently, Taylor Law Office.

Bob’s special interests were participating in Civil War reenactments, walking, weightlifting, horses, dogs – especially “L.J.”, tennis, spending time and holidays with friends and neighbors and generously helping people and causes.  He loved classic television shows, like Gunsmoke and I Love Lucy.  He enjoyed many holidays and good times with the families of his good friends, Barbara Lamb and Roberta Schnepper.

In accordance with Bob’s wishes, his body was cremated.  Remains will be interred beside his mother and father in Equality, IL.  Graveside services will be announced and occur at a later date, with Pastor Judy Vidakovich officiating.  Frank and Bright Funeral Home are overseeing arrangements.  In lieu of flowers, memorial gifts may be designated to the First United Methodist Church in Flora, IL or Fur a Good Paws, a not-for-profit animal adoption organization in Flora, IL, and sent to the Frank and Bright Funeral Home, 500 N. Main Street, Flora, IL 62839.

Bob was a caring soul. I enjoyed his friendship for fifty years. He will be missed.

So sorry to learn of Bob’s passing. I taught with him at Flora High and my daughters, Susan and Laurie, had him as a teacher. We all knew him to be a kind and gentle human being!

Mr. Elliott will be missed by many of us who took his classes. One of my favorite teachers. The world is a darker place without him.

Bob was a wonderful man that I was privileged to know as part of our church family. He was inspirational in how he faced his trials with such a positive attitude. He is greatly missed.

One of the best teachers I had. Ran into him at the library all the time and enjoyed talking to him.

Me. Elliott taught me Business Law and Consumer Economics my senior year. I always looked forward to his class. Years after I graduated and moved back to Illinois, I knew him as an adult and friend. He was a kind, caring and giving man. He always had a big smile. He’ll never be forgotten. RIP Mr. Elliott❣️

Mr. Elliot was a Teacher that I remember fondly. I would see him walking his dog in the park as I was walking mine. I also would see him the club at lunch . He will be greatly missed by those he left a smile on.

My first three years of teaching were under the direction of Bob Elliott at Flora High School. A wonderful mentor who truly loved his profession and his students. Condolences to the family.

You will be missed Mr Elliott.

Mr. Elliott was a wonderful teacher. He cared about his students and even spoke and carried out conversations with them years after the student was out of school. I wish all teachers would be as caring as Mr. Elliott was. RiP

I will so miss getting to see you and visit with you. Bob you were not only my teacher but you were a great friend. We spent allot of hours working with our horses. Very enjoyable times. You were a one of a kind person always happy and positive. Goodbye until we meet again my friend.

We will remember Bob's friendliness and his love of walking a canine friend at Charlie Brown Park. Always pleasant and interested in our family and our life as adults. We will miss him.

Mr. Elliott was a great teacher and encouraged. He was one that years later was a friend and member of the church. Saw a giving heart of helping young boys who today are young men. Bob will be missed, but his memories will continue. R.I. P. Bob. The lives you touched will carry your legacy.

Bob has been a Great friend to our family. We all traveled to Nashville frequently in the summer. Attended concerts at the Opry and elsewhere. He was a great help for all of us. We sold insurance together and always enjoyed his company. He will be greatly missed

We will always remember him as a very kind man. He will be missed by many.

Mr. Elliots gentle accepting manner, personality and contagious smile were qualities he brought every day to the community and classroom. The tone he set encouraged learning and so many people benefitted from his devotion. With deep respect I say rest in peace Mr. Elliott. Many condolences to your family.

Bob was a great guy. Always a gentleman, so nice and pleasant with everyone. I enjoyed our friendship during the 20 years we taught together and since our retirement!

Bob Elliott was one of the first teachers to welcome me to Flora High School as a teacher in August of 1976. Bob was a great teacher and a great friend of mine. He was a nice and caring man that will be missed by all.

So sorry to hear of Mr. Elliott's passing. He was a very good teacher of mine in high school. Will fondly remember him.

Prayers for his family and close friends and his care takers! He was a good man and a wonderful teacher.

Bob will forever be remembered as a great friend, teacher & mentor. He had an incredible impact on so many lives. His kind heart and generous spirit were far-reaching. He was a warrior and battled until the end. He will forever be missed and never forgotten. May his memory be eternal. And may he find peace and health on the other side.

So sorry to hear of Mr. Elliott’s passing I really liked his classes he made them kind of fun.

Prayers to the family. He was one of my favorite teachers 1976 graduate.

Mr. Elliot was my accounting teacher in high school and college. He was so kind, caring and always smiling. I didn't get to see him very often more recently, but it was always a joy to get to talk with him and catch up. He sure will be missed by many.

Mr. Elliott was an amazing teacher !! I had him for accounting in high school and told him in recent years that I have used it extensively. He was always nice, supportive and pleasant to talk with. He will be missed. Prayers for his family and friends. God bless.

What a humble, humble man. I had Mr. Elliott's business class at the Flora High School in 1975. He was such a man of character. Until reading his obituary, I had no idea the twists and turns his life had taken. I admired him but after knowing his life story, I admire him even more. It goes to show, sometimes people are so humble we fail to ask their stories. May you rest in piece Mr. Elliott and I am so fortunate to have known a man and a mentor such as you.

Dina May and Darrell Cartright

Allen and Marsha and Lewis