Memorial donations are suggested to St. Louis Shriners Hospital for Children or Shriners Road Runners and will be accepted through the funeral home. 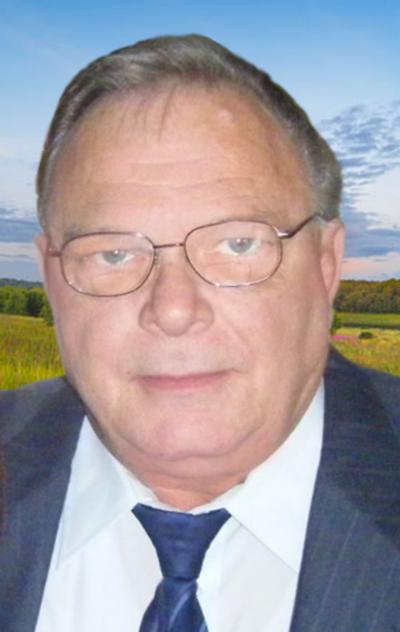 Visitation: 2 until 4 p.m. on Sunday at the funeral home

He was born February 19, 1948, in Pittsburgh, Pennsylvania, the son of Joseph and Winifred (Bethoski) Broz.  He was united in marriage to Billa F. Pennington on May 6, 1972, in Flora in a ceremony at home and together they have shared 48 wedding anniversaries.

Rick worked as a food supervisor at Lawrenceville prison.  He proudly served 3 years in the Army, serving during Vietnam.  Rick enjoyed riding motorcycles, visiting with friends at J.R.’s Automotive, and sharing his passion for working on old cars with his grandchildren.  Rick was a lifelong Pittsburgh Steelers fan.  He and Billa enjoyed traveling, especially to Myrtle Beach and Rick always stayed involved with his family, especially his grandchildren.  He was a member of the Centralia VFW, Flora Masons, Louisville American Legion, and the Shriners and often volunteered for the road runners which provided medical transport for children.  Rick also served as President of the Clay County Vietnam Veterans group that placed the POW-MIA plaque at Flora Library Park.

He was preceded in death by his parents; and siblings: Warren “Bud” Broz and Patricia “Dolly” LaFrenie.

A remembrance ceremony where family and friends will be invited to share memories will be held at 4 p.m. on Sunday, November 29, 2020, at Frank & Bright Funeral Home in Flora.  Visitation will be 2 until 4 p.m. on Sunday at the funeral home.  Memorial donations are suggested to St. Louis Shriners Hospital for Children or Shriners Road Runners and will be accepted through the funeral home.  To share a memory or condolence visit: www.frankandbright.com

Billa so sorry for your loss, you are in our thoughts and prayers. Love ya Dennis & Paula Frutiger

Billa, so very sorry to hear about Rick. Our deepest sympathies to you and your family. May your memories of good times past remain in your hearts forever. We are sending caring thoughts and comforting prayers to get your family through these trying times. .

Rick was one of a kind. He will be missed. So sorry for your loss Billa and family

Billa, I'm so sorry for your loss. Richard and I had some good times together.

We are so sorry to hear about Rick! Our thoughts and prayers are with you at this time. He will be missed!

He will be sadly missed. We will be praying for the family. Love you.

Sorry for your loss. Thoughts and prayers to you and your family, Billa.

Keeping you and your family in our thoughts and prayers

Billa, I am so sorry for your loss. My thoughts and prayers are with you and your family.

We are so sorry for your loss. I just heard. Our prayers, thoughts, hugs, and love are with you and family.

Bills, I am so sorry to hear that Rick passed away. You were both great people and I am sure he will be missed a great deal. You and your family are in my thoughts and prayers.

So sorry for your loss. Thoughts and prayers are with you and your family.

Billa i am sorry for your loss..my prayers are with you...

Deepest sympathy to Billa and family. Many great precious memories!

So sorry for your family’s loss. Our thoughts and prayers are with you all.

Sorry for your loss my condolences 🙏 for your family

Billa, we will be keeping you and family in our prayers. May God Walk with you each step of the way.

Billa, I am so sorry to hear about Rick, praying for you and family. He was a great guy and will be missed.

Billa so very sorry for ur loss.. God bless

Billa, I'm so sorry four loss. Prayers for you and your family. I love and miss you dear friend.

Broz Family, I am sorry to hear about Rick's passing. You have all remained very special to me for many years and I still have fond memories of playing out at the house on Route 45 with the Tweety Bird barn. I hope you are all doing well and I so wish I could have been there for the visitation. Unfortunately due to Maria having COVID I'm still in quarantine at the house here in Indy. Praying for you guys and miss you all. Dan Myers & Family

With Our Deepest Sympathy to his wife and family. Brad & Teri Baker