Memorial donations are suggested to Clay City Fire Department and will be accepted through the funeral home. 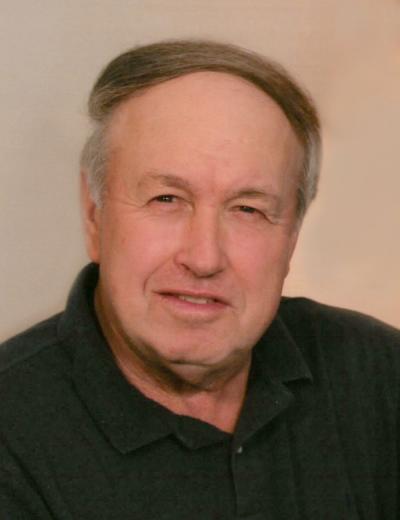 He was born August 15, 1945, in Olney, Illinois, the son of John Rex and Carrie Ann (Hosselton) Gill.  He was united in marriage to Phyllis Reed on June 2, 1968, at Clay City Christian Church and together they have shared 52 years of marriage.

Rexford attended Banker, Woodside, and Zif schools and was a 1963 graduate of Clay City Community High School.  After high school he attended Southern Illinois University for one year before transferring to Murry State University where he graduated in January 1969 with a Bachelor of Science in Agriculture.  He enlisted in the Army in September 1969 and served during Vietnam in 1970.  Upon returning home he started working on his master’s degree from Southern Illinois University and graduated in 1973.  In August 1976, he graduated from Southern Illinois University with his doctorate degree of Philosophy in Physiology.  Rex returned home to farm and raise cattle and hogs with his dad and with the help of his dad, uncles, cousins, and brother-in-law he and Phyllis built their home.   He served as Commander of the Clay City American Legion for over 20 years, was a member of the VFW, and joined the AGR fraternity at Murray State.

He was preceded in death by his parents: Rex and Carrie Ann Gill; grandparents: Roy and Ethel Gill, and Ernie and Ellen Hosselton; in-laws: C.D. and Sadie Reed; uncles and aunts: Cletis (Wilma) Hosselton, Carroll Hosselton, Wanda Hosselton, Shirley Appplegate, and Bill and Ronald Gill; and a cousin: Donny Gill.

A graveside ceremony will be held 1 p.m. Friday, November 27, 2020, at Zif Cemetery with the presentation of military funeral honors.  Arrangements are in the care of Frank & Bright Funeral Home in Flora.  Memorial donations are suggested to Clay City Fire Department and will be accepted through the funeral home.  To share a memory or condolence visit www.frankandbright.com

So very sorry to hear of Rexford's passing. May the memories of times past remain in your hearts forever. Caring thoughts and prayers for your family during this saddened time.

Phyllis, We are so sorry to hear of the loss of your partner in life. May your many memories help you thru this very difficult time.

Our thoughts & prayers are with the family. May God comfort & keep you.

So sorry for your loss! Prayers for comfort at this time.

I am so sorry for your loss. We send our prayers to you and family

Please accept my sympathy for your loss. In time God will help you remember the good memories to ease your sorrow now. Blessings to you and Chris.

I will always remember him joining our stained glass class carry-ins and his smiles..so sorry for your loss..

So very sorry for your loss our thoughts & prayers are with you all...God bless You!!

Our deepest sympathies. We are holding you all up in prayer for strength and comfort. Peace for your spirits.

So sorry for your loss our prayers are with you an your family .

Phyllis so sorry for your loss. May God bless& comfort your entire family.

Phyllis, I was so sorry to hear about Rexford's passing. He was such a great guy! My thoughts and prayers are with you and your family.

My love and sympathy Phyllis, Chris and Carrie Ann and family. I won’t be able to come to services as all my family from South La. are here . You all will be in my prayers. Love Barb

Phyllis, I am so very sorry to learn of Rex's passing. I will always remember him and his smile. May God bless you and may your memories comfort you Chris and Carrie Ann.

Phyllis, so sorry for your loss. Will always remember Rexford in Latin class at CCHS. He would just grin and shake his head. No reading aloud for him.

Dear Phyllis and family. So sorry for your loss. My Rex Rest In Peace. Thinking of you!