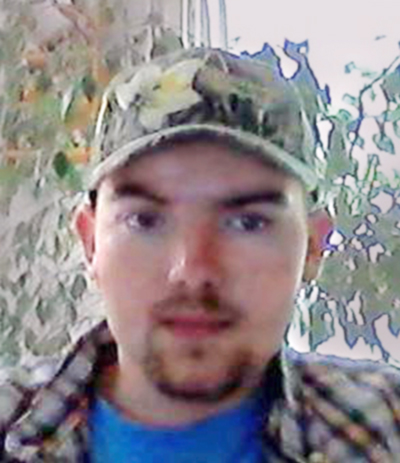 Visitation: Monday evening, August 3, from 6-8 p.m. at the funeral home

He was born July 14, 1994, in Olney, Illinois, the son of James Robert Snell and Amber (Pottorff) Smith.

Ben attended school in Flora and was a graduate of Grayville High School.  He attended Lake Land Community College and earned certificates in welding and custodial maintenance.  He worked in the oil fields as a roughneck and floorhand and enjoyed time spent outdoors hunting and fishing.  Ben enjoyed reading, was very interested in learning new things, and had an impressive ability to retain facts and knowledge.  He loved his family and friends dearly.

A funeral service will be held 11 a.m. Tuesday, August 4, 2020, at Frank & Bright Funeral Home in Flora.  Interment will follow in Kneff Cemetery.  Visitation will be Monday evening from 6 p.m. until 8 p.m. at the funeral home.  Memorial donations are suggested to the family to assist with final expenses and will be accepted through the funeral home.

Sorry to hear this.prayers for the family.

We are so very sorry for your loss!

Sorry for your loss. Prayers for comfort.

Our prayers go out to you and your family .So sorry for your loss.

Amber our hearts break for you. We know what you are going thru. We are praying for peace and comfort for you and Harold and all the family.

I am SO SORRY for your loss and I have sympathy for all of Ben's Family and Friends who are I'm sure incredibly sad at this moment. May he rest in peace and his memory never be forgotten to us all!!! R.I.P. : Ben Snell! - My Friend For Life-

Many prayers and hugs to all the family.

Andy, I know your heart is breaking and I wish there was more I could do, but know that I am praying for strength and comfort for you and all the family. My thoughts are with you. I am so sorry for your loss.

Praying for peace & comfort to your entire family on this tremendous loss. We are thinking of you all.

You’ll be missed by so many

Amber I am so very sorry for your loss. My prayers are with you and your family...

Amber Paula and Brittany...so sorry for ure loss..I will be praying for all of you....hugs and love..

Jamie and Amber, I am so sorry to hear about Ben. My heart goes out to you guys. He was a special kid.

Amber, my thoughts and prayers are with you, Britt, and all the family. May God bring you all peace and comfort during this difficult time.

Leanna and Family: Our hearts hurt for you and we’re praying for comfort from God to envelop each of you.

Amber and Family - I am so very sorry to hear about your loss!! I am sending prayers for peace and comfort for all of Ben's Family.

Amber I'm so sorry for your loss I cannot even imagine your pain. You and your family are in my thoughts and prayers.

Jamie, Amber, Bobby, Leanna, and all family and friends- My deepest sympathies to you all. May the Lord wrap his arms around you. It has been many years since I have seen little Ben. He will always be an adorable little blonde haired toddler in my mind, with a family who loved him dearly. God Bless you all!

So sorry for your loss. Keeping all your family and friends in our thoughts and prayers. Sending hugs!

So sorry for your loss. You were a good friend to me.

Very sorry for your families loss!

I will miss you bud

I love and miss you so much. I’m sorry I didn’t save you. I should of let you stay with me longer. I feel like it’s my fault I didn’t help you enough.. I’m so sorry Ben. This one hurts so bad. Fly high love 💔😢

Leanna, Iam so sorry to hear of your gramdson's passing. Prayers to you amd your Family.