Memorial donations are suggested to the American Heart Association and will be accepted through the funeral home. 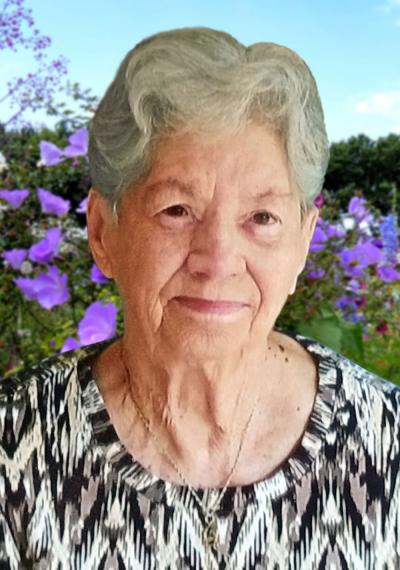 Arletta had worked as a bookkeeper for the North Palos Fire Protection District, where she was also a member of the Women’s Auxiliary.  She was of the Methodist faith, and enjoyed participating in Sunday school and choir while attending.  In the past she had volunteered as a youth leader for the Girl Scouts, Brownies, and Cub Scouts.  Arletta was always keeping busy and especially enjoyed shopping and dining out.  Her grandkids were a special joy in her life, and “Nana” was their loving babysitter while they were growing up.

She was preceded in death by her parents; husband: John H. Roe Sr.; a son: Scott William Roe; and a brother: Herbert Stanley Jr.

A graveside committal service will be held at 2:15 p.m. Saturday, July 18, 2020, at Floral Garden of Memories Cemetery.  Visitation will be from 1 until 2 p.m. Saturday at Frank & Bright Funeral Home in Flora.  Memorial donations are suggested to the American Heart Association and will be accepted through the funeral home.  To share a memory or condolence visit: www.frankandbright.com

Tammy, I am so sorry for your loss. You and your family are in my prayers. I wish I could give you a hug. Please call if you need anything. Love you!

May beautiful memories of your mom console you during this time of sadness. God bless. Love Terry and DeAnn Hronec

Sorry for your loss, she was a good person.

Nana I know I'm not one with these thoughts but you left after I thought you'd be with me/us forever you were always such a beautiful, strong and HONORY woman and you left us the most peaceful way we coul ever ask and know how many lives you touched and that you'll always be with us FOREVER!!!

Arletta, Christine, Thank you for sharing your beautiful Mother/Nana with all of us. We treasure the times we have had and feel truly blessed that the boys have you all in their lives. We have missed all of you during this pandemic, but we hope you will always know that you were in and remain in our thoughts and prayers. We love you both! Please share our regards with the rest of your family.

Our deepest sympathy and condolences to your entire family. Sweet blessings to your Mom as she joins the Lord and Jonny. Two great people in my life. So sad to see them go. But what great friends they were on my life. A true treasure ! God bless them and you all

Our deepest condolences to all the family for your loss. God bless you all, stay safe and healthy during these difficult times.

Knowing Nana enriched my life and gave me an friendship of joy during our times together. She will be missed but I will hold on to the memories we made. My deepest sympathy and condolences go out to Nana's family.

To the Roe family, Arletta, Christina and extended family I send the most heart felt love that I can muster. Having known Nana in her kindness to me, I will not forget her. Arletta and Christina, I truly am so very sorry for your loss of Nana.