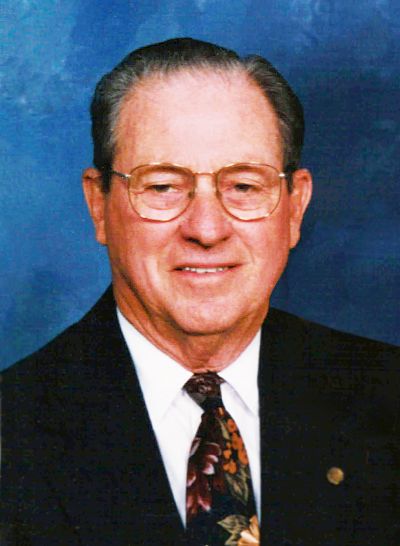 He was born September 13, 1920, in Wayne County, Illinois, the son of Charles and Gertie (Cates) Tibbs.

Harvey joined the Army on September 22, 1942, and drove a tank for Company A, First Platoon, 745th Tank Battalion.  He was awarded many medals, including the Bronze Star Medal, the Purple Heart, the Good Conduct Medal, and the Bronze Oak Leaf Cluster.  He served during WWII and was discharged from service on September 29, 1945, as a true American hero.

Upon returning home aboard the Queen Elizabeth, Harvey married the love of his life Rowena (Butcher) Tibbs on October 12, 1946.  They later had two children, Marvin Tibbs, and Teresa Tibbs, and together they have shared 75 wedding anniversaries.

In January of 1954, Harvey opened his own body shop and worked there until his retirement on September 3, 1985.  He was a longtime member of the First Baptist Church in Flora where he was an active member of a large and loving church family.  He was also a member of the Flora American Legion Post 14.

He was preceded in death by his parents; a brother: Cloyd Tibbs; a sister: Lovella Talbert; a daughter: Teresa Tibbs Bible; son-in-law: Mark Bible; daughter-in-law: Elaine Tibbs; granddaughter: Lori Tibbs; and a niece and several nephews.

A funeral ceremony will be held at 11 a.m. on Monday, November 15, 2021, at Flora First Baptist Church with Jim Earleywine officiating.  Interment will follow in Floral Garden of Memories Cemetery with the presentation of military funeral honors.  Visitation will be 5-7 p.m. on Sunday evening, November 14, at Frank & Bright Funeral Home in Flora.  Memorial donations are suggested to Clay County Cancer Crusaders and will be accepted through the funeral home.  To share a memory or condolence visit: www.frankandbright.com