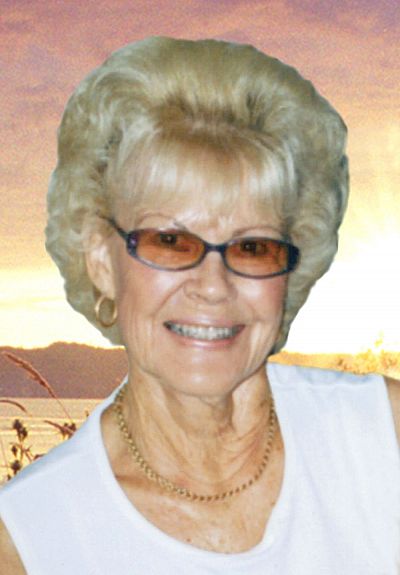 She resided in Flora from 1950-2001, before moving to Florida to be near her son Don and his family.  She has resided in Florida for the last 20 years where she had her own house with a beautiful garden and flowers.  She loved the Florida warmth and sunshine.

While she was born in Texas, she was raised in Oklahoma and was a Chickasaw Indian.  Her great-grandfather was the first Governor of the Chickasaw Nation in the mid-1800s.  She was a leader at Wynnewood High School where she was a member of the band, the debate team, performed public speaking and was the school reporter.  She won awards for public speaking and memorized “Midshipmen Easy” a ten-page story about a young man serving in the war.  After graduating from high school, she attended business college and learned typing and short-hand dictation.  Then in 1943, she landed a job in Oklahoma City with Douglas Aircraft and was part of the war effort.

In 1945, she met John Etchison in Oklahoma City where he was on assignment for Allison Aircraft.  They met by chance in front of the famous and stately Skirvin Hotel in downtown Oklahoma City.  At first Cordell's mother had reservations about John as he was ten years older.  But they loved each other and were married after a few months of courtship.  In 1950, Cordell and John with their two young boys moved to John's hometown of Flora as John joined his brother Lindsey to take over the appliance business established by Eldon Brooks.  That business became Etchison Brothers Appliance which is still operating today as Etchison Appliance which is still operating today as Etchison Appliance after being operated most recently by Joe and Myrna Etchison.

Cordell worked at the state's Cumberland Trail Library for many years.  She was actively involved in the Republican Party, serving as a chairwoman.  In early years she was also a Cub Scout den mother for Marvin Tibbs, Greg Etchison, Steve Oglesby, Brent Eskew, Jim Kerby and several others.

She loved the life of Flora.  It was an idyllic small town and a perfect place to raise a family.  Now she has come home to Flora to be laid to rest in Elmwood Cemetery by her husbands, John and Weldon, and Ethel Brooks, John's mother, who she greatly admired.

Cordell was an accomplished musician and dancer.  She played first chair clarinet in high school and played the piano her entire life until the age of 94.  She was also a great ballroom dancer and loved Glen Miller and Tommy Dorsey - the big bands.  She was meticulous with her style and dress and always had a nice presentation, which was important to her.  In the assisted living facility in her final years, she was widely respected as having a winning personality and great looks.  Cordell was known as a friendly, nice dressing woman with a smile on her face and a great attitude.  She was a member of the Greatest Generation.

She was preceded in death by her parents; her husbands; and 2 sisters: Wanda McLaughlin and Laurie Welch.

A graveside ceremony and committal will begin at 2 p.m Sunday, May 9, 2021, at Elmwood Cemetery in Flora.  Memorial donations are suggested to the Alzheimer’s Association and will be accepted through the funeral home.  Arrangements are in the care of Frank & Bright Funeral Home in Flora.  To share a condolence or memory, visit: www.frankandbright.com