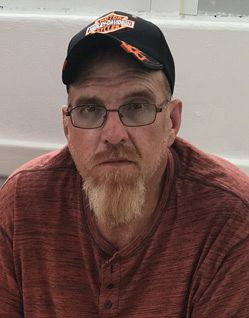 He was born December 27, 1970, in Fairfield, the son of Billy Joe and Janice Lee (Simpson) Doggett.  He was united in marriage to Yvonne Gail Smith on April 7, 1994, in Fairfield, and together they have shared 25 years of marriage.

Jerad was a 1989 graduate of Fairfield High School and went on to receive his associate degree in 1991 from Lincoln Trail College.  He was employed as a tool and die maker at Champion Labs for 28 years.  Jerad enjoyed riding his Harley, old trucks, tractors, and tools.  He had a very outgoing personality and had never met a stranger.  He cherished his time spent building and playing with his grandson Trentyn.  Jerad will be remembered as a loving husband, father, and grandfather.

He was preceded in death by his mother and stepfather: Janice and Carl Schroeder; maternal grandparents: Allen and Wilma Simpson; and an aunt and uncle: Allen and Rena Talbert.

A private family service will be held.  Frank & Bright Funeral Home in Flora assisted the family with arrangements.