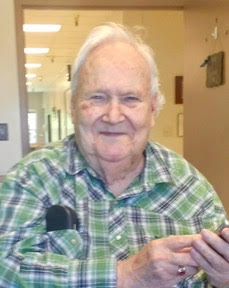 Frank was born in Olney, IL, on May 27, 1933, the son of Clarence F. and Cora Lucille (Gannon) Fore. He married Billie Jean Lowhorn on October 9, 1952. Frank enjoyed traveling to state and national parks, history, reading Louis L’Amour books, many outdoor activities, and the comfort of a recliner.

He was preceded in death by his parents, his wife, and his three siblings, Clarence J. Fore, Edward A. Fore, Sr., and Mary Evelyn McCleave, all of Olney, IL.

In honor of Frank’s wishes, there will not be a memorial service or burial ceremony. Frank & Bright Funeral Home in Flora assisted the family with arrangements. Memorial contributions may be made in Frank’s honor by donating to the Clay County Animal Rescue and Shelter in Louisville, IL, where he met and adopted his best dog, Oscar and these will be accepted through the funeral home.