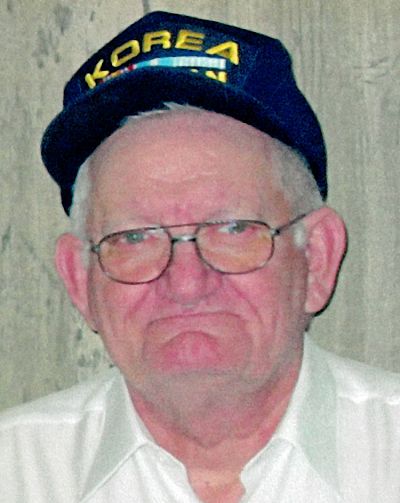 He was born April 5, 1931, in Clay County, the son of John Raymond and Cora Ednas (Anderson) Pickens.  He had been married to Barbara Stanley, and to this union 3 children were born.  He was later united in marriage to Shirley Cox and she preceded him in death.

James served in the Army during the Korean War in Battalion “A” 41st as a Forward Observer.  He was awarded several medals including the Purple Heart.  James was a union carpenter and had also worked in the oil field.  He had been a member of the Flora VFW 3999 and the Flora Eagles.  In the past he had enjoyed time spent hunting.

He was preceded in death by his parents; wife; a son: James R. “Randy” Pickens; a great-grandson: Berklee Pickens; a sister: Merle Foreman; 2 brothers: Eugene Pickens and Keith Pickens; and a stepson: Timothy Wright.

A graveside service will be 10 a.m. Saturday, October 5, 2019, at Dillman Cemetery, with the presentation of military funeral honors.  Those attending are asked to go directly to the cemetery.  Frank & Bright Funeral Home in Flora is in charge of arrangements.