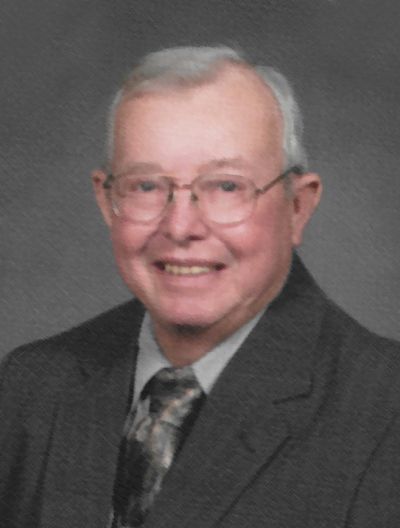 He was born November 16, 1936, in Neoga, the son of Holly and Flora Ethel (Warner) Croy.  He was united in marriage to Dorothy Marie Frohning on November 23, 1957, at Holy Cross Catholic Church in Wendelin, and they have shared 61 wedding anniversaries together.

In his early years, Jim, also known as “Sonny,” helped farm alongside his dad, and later was a clerk at the Fred Smith Shoe Store.  He became skilled in carpentry, plumbing, and heating work and participated in many projects including construction of the dam at Shelbyville.  He enjoyed playing cards and riding motorcycles with Dorothy, and was a member of the Mattoon Gold Wing Association where he had served as president.  He enjoyed many camping trips with family and friends, and was most of all a dedicated fisherman visiting area lakes nearly year-round.  He was a member of St. Stephen Catholic Church for over 40 years where he and Dorothy both had served as Eucharistic Ministers.

He was preceded in death by his parents; a son: Jeffery Alan Croy; an infant brother; a sister: Lettie Croy; and a brother: Carl Croy.

A funeral mass for James Croy will be held at 10 a.m. Monday, September 16, 2019, at St. Stephen Catholic Church in Flora.  Burial will follow in St. Stephen Cemetery.  Visitation will be from 6 until 8 p.m. Sunday evening, September 15, at Frank & Bright Funeral Home with a Rosary service beginning at 5:45 p.m.  Memorial donations are suggested to masses at St. Stephen Catholic Church and will be accepted through the funeral home.  To share a memory or condolence visit www.frankandbright.com.