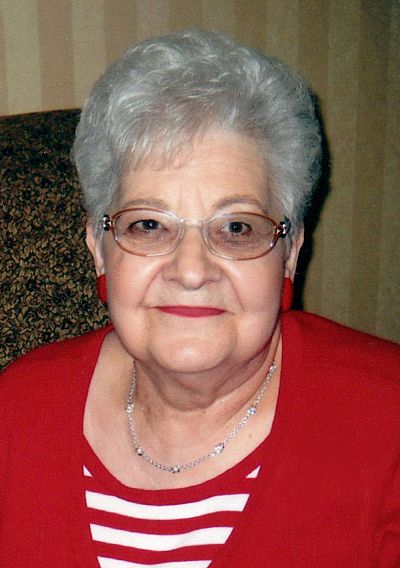 She was born August 13, 1932, in Watseka, the daughter of Carl and Marie (Dusharme) Goddard.  She was united in marriage to Bill Eugene Hill on May 16, 1970, in Benton, and together they shared 37 wedding anniversaries until his passing on December 13, 2007.

Doris was a 1950 graduate of Mt. Vernon High School.  She worked in manufacturing for over 13 years before opening Doris’s Dress Shop in Flora during November 1985 and which she operated for 15 years until retiring.  She was a 50-year member of the American Legion Auxiliary and a member of First Southern Baptist Church in Flora.  She was an avid reader and enjoyed working crossword puzzles, going for drives, and sharing her adoration of actor Kevin Costner.

She is survived by a daughter: Carol Neal of Denver, Colorado; a sister: Wanda Hatfield of Lake Placid, Florida; a brother: Donald (Carolyn) Goddard of West Palm Beach, Florida; and best friend: Della Welch of Flora.

She was preceded in passing by her parents; husband; a son: Thomas Neal; and 3 sisters: Pauline Caroll, Phyllis Campbell, and Dorothy Bohn.

A funeral ceremony will be held at 3 p.m. on Tuesday, November 22, 2022, at Frank & Bright Funeral Home in Flora.  Visitation will be from 2 until 3 p.m. on Tuesday at the funeral home.  A committal ceremony and interment will take place at 11 a.m. the following day, Wednesday, November 23, at Masonic and Odd Fellows Cemetery in Benton.  Those attending the committal are asked to arrive directly at the cemetery.  Memorial donations in tribute to Doris are suggested to any charity of the donor’s choice, and these will be accepted through the funeral home.  To share a condolence or memory, visit: www.frankandbright.com