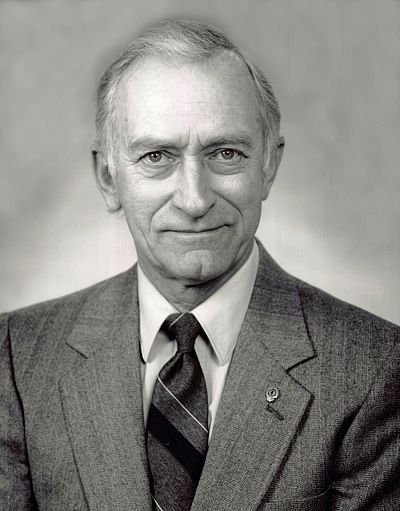 William, known as Bill to his family and friends, was born March 2, 1928, in Flora, Illinois, the son of William E. and Evelyn (Davis) Klein.  He was united in marriage to Emma Elizabeth Meglich on January 15, 1949, in Kirkwood, Missouri.

Bill was a local farmer all his life after service in the US Army Air Force near the end of World War II.  He was active in the Flora Community Consolidated School Board of Education for many years, finishing as President of the board.  Bill was a long-time member of the Illinois Farm Bureau including serving as Clay County President, Vice-President, and Director.  He was elected to the Illinois Agricultural Association (IAA) Board of Directors serving from 1993-1999.

Preceding him in death were his parents; 2 brothers and sisters-in-law: Donald and Marie Klein and Gerald and Pat Klein; 1 sister and brother-in-law: Evelyn and Kenneth Myers; and a granddaughter: Jessika Klein-Billingsley.

A graveside ceremony will be held 11 a.m. Tuesday, October 20, 2020, at St. Stephen Cemetery, with the presentation of military funeral honors.  Visitation will be 5-7 p.m. Monday evening, October 19, at Frank & Bright Funeral Home with a rosary ceremony to begin at 7 p.m.  In lieu of flowers, memorial donations are suggested to St. Stephen Catholic Church, St. Stephen Cemetery, or the Michael J. Fox Foundation and will be accepted through the funeral home.  To share a memory or condolence visit: www.frankandbright.com