Memorial donations in memory of Maxine are suggested to any charity of the donor’s choice and will be accepted through the funeral home. 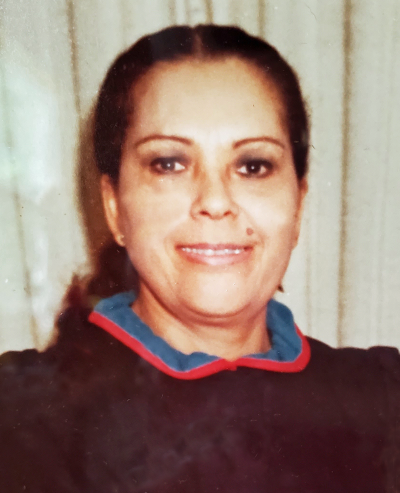 She was born July 4, 1926, in Topeka, Kansas, the daughter of Anthony and Willa Mae (Jackson) Overton.  She was a firecracker to say the least.

Maxine worked as a procurement clerk for the Federal Government Department of Defense for 37 years.  Prior to that she worked for NBC Studios and for the U.S. Postal Service.  Working at a time when many women did not work was her greatest joy.

She was preceded in death by her parents; a daughter: Auleria Johnson; son: Allen Jones; brother: Oliver Overton; 2 sisters: Antoinette Holman and Connie Robertson; and a great-grandson: Phyllip Washington.

There will be no services.  Frank & Bright Funeral Home in Flora assisted the family with arrangements.  Memorial donations in memory of Maxine are suggested to any charity of the donor’s choice and will be accepted through the funeral home.  To share a memory or condolence visit: www.frankandbright.com

Dear Joel, I offer all my condolence wishes for the untimely loss of Maxine. Though she was a tough woman, as was my Mom, She had a good heart and soul and wanted nothing but the best for you. She could not hope for a better son in you and know that she loved you dearly. I have nothing but fond memories of her and will cherish them as I am sure you will as well. Words may not suffice to express the heartfelt sorrow that I feel for the passing of your mother but hopefully the care and love of those around you provide comfort and peace to get you through the days ahead. I pray to the Lord to bless you with the strength to cope up with the loss.

I will cherish my many memories of our time together. As her first daughter-in-law we learned to love the life we lived. Maxine will always have a special part of my heart and I pray that her soul is at peace as she rests with the angels.

Your Beautiful life has been completed. May you rest in eternal peace.

Maxine was one my favorite people!! She was a very intelligent person and had so much to offer. I enjoyed our lengthy visits as I came away learning something new each time we visited!! Joel, you and Ron are awesome sons and she loved you dearly!!!

A beautiful tribute to your mother, Maxine. May she rest in peace.

I'll always miss my "Big Sister" I'll miss the tales of our childhood,the funny stories she told of my birth the day I came into this world at home one afternoon. I'll always miss her recollection of our family history, her near photographic memory of both good and bad events. I won't miss her remembering all the silly things I did in my youth and to remind me of them! Rest in Peace, Big Sister. Thanks Joel and Ron for being there for her.