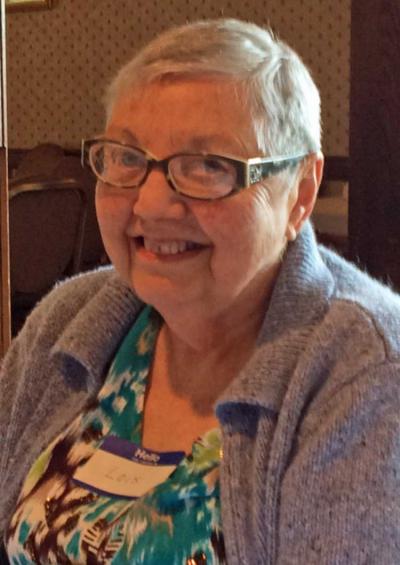 
A memorial service will be held at a later date.

Lois Lucille Paulus (nee Frey), age 92, of Belleville, Illinois, passed into eternal life on May 20, 2020, at Barnes-Jewish Hospital, St Louis, MO. from a stroke.   Lois was born on December 30, 1927 in Chicago, Illinois, the daughter of the late Theresa Frey (nee Wiebe) and the late Arthur Frey.

A graduate of Lake View High in Chicago, class of 1945, Lois was joined in marriage on May 4, 1946, to her childhood sweetheart, the late Harold Joseph Paulus (deceased 2008) in a double wedding with her late sister Elaine Williamson (deceased 2019) and her late brother-in-law Billie Williamson (deceased 2015) at the New Apostolic Church in Chicago.  She was blessed with 62 years of marriage to Harold at the time of his death.

Lois retired from the Illinois Bell Telephone Company (now AT&T) in 1985 after 20 years of service.  She moved from Chicago to Flora, Illinois shortly after her retirement where she resided with Harold.  In 2012 she moved to Belleville, Illinois with her youngest daughter Carol Ann Paulus where she lived until her passing.  Lois loved music, having played flute in High School.  She sang Alto in the church choir for many years both in Chicago and later in Belleville.  She was a lifelong learner, having studied humanities and culinary arts in the Chicago junior college system and later attending numerous arts and crafts classes in Flora.  While in Flora, she spent many years volunteering at the local hospital and was a member of the local garden club both in Flora and in Belleville.

In the last few years, she enjoyed reading and solving puzzles both word and jigsaw. For many years, she was lovingly cared for by her youngest daughter, Carol Ann Paulus, who acted as caregiver, chef, and loving companion.

Due to the coronavirus, we will be celebrating Lois’ life in a memorial service at a future point in time.  Frank & Bright Funeral Home in Flora assisted the family with arrangements.  To share a memory or condolence visit: www.frankandbright.com

CAROL ANN: I always enjoyed bumping into you and your wonderful mother, during your years here in Flora - she had the greatest smile and she always made me feel we had known each other for years - What a wonderful attribute. Take care.

Carol Ann, I’m so sorry for your loss. You are in my prayers at this sad time.

Carol Ann, I am sorry for your loss. Prayers for peace and comfort for you and your family in your grief during these unprecedented times.

Carol Ann, so sorry to hear of your mother's passing. Thinking of and praying for you at this difficult time.

So sorry for your loss. Hugs and prayers. Carol Ann I am so glad I got to meet your mom before her passing she was a great lady.

So sorry for your loss. Thoughts and prayers for you at this difficult time.

Praying for your family!! Sorry for your loss!!

Dear Carol Ann, The love between you and your Mom could light the whole day of those around you. On the few times our lives passed she had that sparkle in her eyes. She was a very kind woman. My thoughts and prayers are with you during this time of grieving. Take care sweet Lady.

So very sorry. What a wonderful smile and a great lady.. hugs to the family and God bless..

I am sorry to hear of your mother’s passing. I will remember her as a lovely person who enjoyed being around people. May God’s comfort and peace be with you.

Carol Ann, We are so sorry for your loss. She was an amazing lady and we feel blessed to have known her. If there is anything you need please let us know. All our love to you.